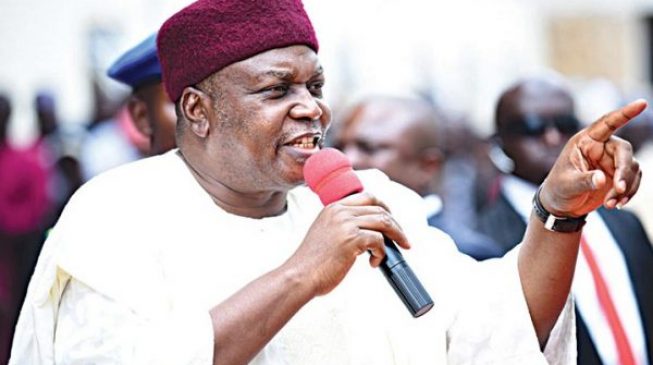 11:08 2019
Print This Article Share it With Friends
👤by Ebunoluwa Olafusi  0 Comments
Advertisement

Darius Ishaku, governor of Taraba state, says the onslaught of local hunters against bandits in the state is yielding positive results.

Ishaku made this known on Thursday at an event organised by the state government for both federal and state security administrators in Jalingo.

The governor, who was represented by Anthony Jellason, secretary to the state government, also commended the military and other security agencies for their efforts in containing the bandits.

He said local hunters do not have the legal mandate to carry out anti-crime operations.

He, however, added that the level of kidnapping and other crimes has became worrisome, leading to the acceptance of local hunters for the job.

“Let me acknowledge the efforts of our local hunters in engaging the bandits in a fierce battle,” he said.

“Their operation is yielding results and very soon, the menace will be brought under control.

“The local hunters do not have the legal authority to carry out such operation and their operation doesn’t mean that other security agencies did not do their best but in situations of despair, one is likely to subscribe to every suggestion available.

“On our part, we are in support of every initiative that will bring an end to this security challenge.”

Taraba is one of the states facing the challenge of kidnapping and banditry in the country.

TWITTER @thecableng
Copyright 2020 TheCable. All rights reserved. This material, and other digital content on this website, may not be reproduced, published, broadcast, rewritten or redistributed in whole or in part without prior express written permission from TheCable.
Tags
banditsDarius Ishakulocal hunters
Advertisement