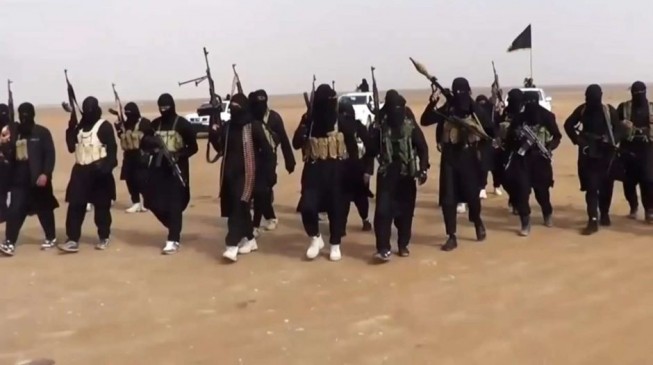 19:46 2019
Print This Article Share it With Friends
👤by Jamilah Nasir  0 Comments
Advertisement

The Islamic State has confirmed the death of its leader, Abu Bakr al-Baghdadi.

It also confirmed that Abu Hassan al-Muhajir, its former spokesman, died in a separate operation.

President Donald Trump had announced that al-Baghdadi detonated a suicide vest, killing himself and three of his children during a US-led operation in Syria on Sunday, October 19.

Trump had also said that the person expected to replace Abu Bakr al-Baghdadi was killed by US troops.

The group named one Abu Ibrahim al-Hashimi al-Qurashi as its new leader.

“We mourn you… commander of the faithful,” Abu Hamza al-Qurayshi said in an audio message.

“The Islamic State Shura council convened immediately after confirming the martyrdom of Sheikh Abu Bakr al-Baghdadi, and the elders of the holy warriors agreed on a replacement

“Do not rejoice America. The new chosen one will make you forget the horror you have beholden … and make the achievements of the Baghdadi days taste sweet.

“Do not be happy O America, for the death of Sheikh al-Baghdadi, and do not forget the cups of death at his hands, may God accept him

“America, don’t you realize that the Islamic State is now at the forefront of Europe and West Africa? It is extended from the East to the West.”

Both names are from the lineage of Prophet Muhammad’s tribe.

TWITTER @thecableng
Copyright 2019 TheCable. All rights reserved. This material, and other digital content on this website, may not be reproduced, published, broadcast, rewritten or redistributed in whole or in part without prior express written permission from TheCable.
Tags
Abu Bakr al-Baghdadiislamic stateus
Advertisement