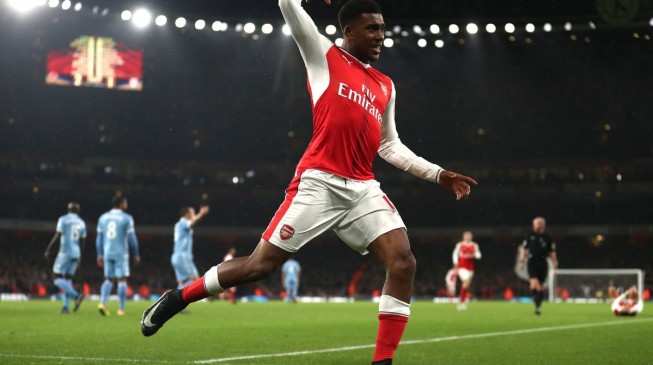 22:33 2017
Print This Article Share it With Friends
👤by Remi Sulola  2 Comments
Advertisement

Giroud’s incredible scorpion kick in the 17th minute had earlier set Arsenal on the way to a victory.

The first 45 minutes was ordinary until Giroud’s goal and shambolic passage of play by Crystal Palace.

Scott Dann went to ground to clear a cross, but instead of poking it behind the goal for a corner he spooned it up in the air and allowed Alex Iwobi to nod home from close range to extend Arsenal’s lead in the 56th minute.

Sam Allardyce, who has never won an away Premier League game, has now lost each of his last eight, all played at the Emirates.

Arsenal have not lost a home league game on New Year’s Day since 1985 when they played against Tottenham.

TWITTER @thecableng
Copyright 2020 TheCable. All rights reserved. This material, and other digital content on this website, may not be reproduced, published, broadcast, rewritten or redistributed in whole or in part without prior express written permission from TheCable.
Tags
Alex IwobiarsenalArsene WengerChristian BentekeCrystal PalaceEPLOlivier GiroudSam Allardycesport
Advertisement