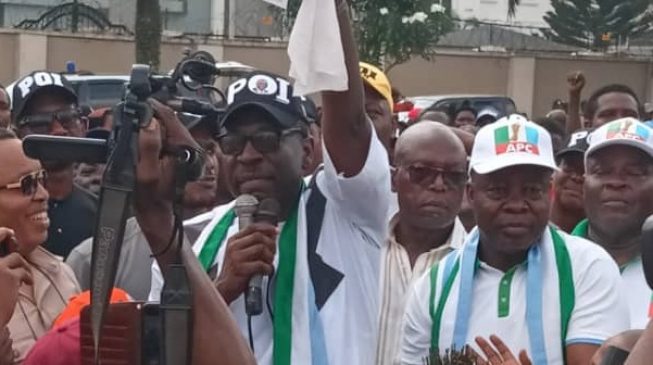 20:32 2019
Print This Article Share it With Friends
👤by Ebunoluwa Olafusi  0 Comments
Advertisement

Despite the ban on political rallies by the government of Edo state, Osagie Ize-Iyamu, governorship candidate of the Peoples Democratic Party (PDP) in the 2016 election, held a defection rally at his Benin residence on Friday.

Citing the high level of tension in the state, the administration of Godwin Obaseki, governor of the state, directed that political rallies should be put on hold.

In a statement, Osarodion Ogie, secretary to the state government, said security agencies had been directed to deal with anyone who breached the directive.

He added that anyone who allows his property for political rallies would have his certificate of occupancy revoked and forfeited to the state government.

But Ize-Iyamu hosted a mammoth crowd at his residence on Friday. He also announced that he had joined the ruling party.

“For those who are in doubt, the moment I made up my mind to join the APC, I went to my ward and I am proud to say I have registered in Ugboko ward in Orhionmwon local government area,” he told the cheering crowd. 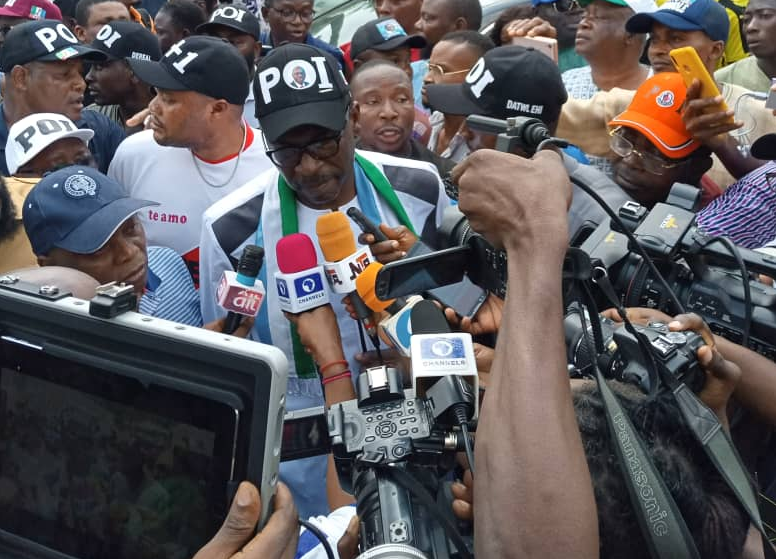 Ize-Iyamu addressing reporters after the event

There are reports that Adams Oshiomhole, national chairman of the APC,  is backing ze-Iyamu to clinch the ruling party’s ticket for the 2020 gubernatorial race.

Among the loyalists of Oshiomhole who attended the rally are Patrick Obahiagbon, former secretary to the government of Edo state, Pally Iriase, a former member of the house of representatives; and Pius Odubu, former deputy governor of Edo.

Oshiomhole was absent at the event.

TWITTER @thecableng
Copyright 2020 TheCable. All rights reserved. This material, and other digital content on this website, may not be reproduced, published, broadcast, rewritten or redistributed in whole or in part without prior express written permission from TheCable.
Tags
Edo APCOsagie Ize-Iyamuwelcome party
Advertisement