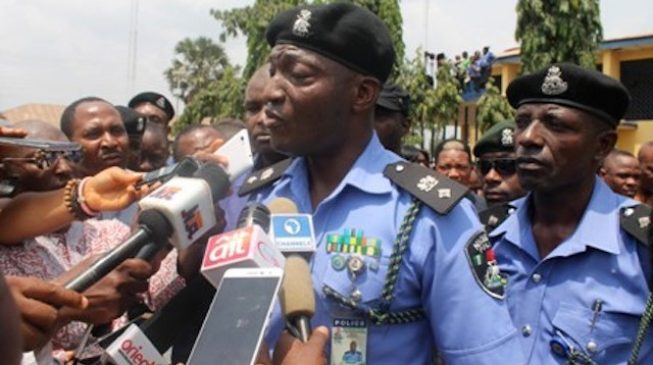 12:06 2018
Print This Article Share it With Friends
👤by Dyepkazah Shibayan  0 Comments
Advertisement

Jimoh Moshood, police spokesman, says Ademola Adeleke, governorship candidate of Peoples Democratic Party (PDP) in Osun, has not been exonerated in spite of President Muhammadu Buhari’s directive not to invite him.

On Wednesday, the police invited Adeleke to appear at the force headquarters over an alleged malpractice while sitting for the 2017 National Examination Council (NECO) test.

Adeleke is one of the four strong contenders in the election scheduled for Saturday.

Speaking on Good Morning Nigeria, a programme on NTA, on Thursday, Moshood said a suspect could be invited “at any time”.

“There is no time limit to arrest a suspect any suspect that has been accused or there is allegation of an offence can be invited at any time. Police action terminates when a matter has been taken to court. We have filed charges in court and the matter is off our hands,” he said.

“But if there is any directive that we should not invite him, that directive does not exonerate him from [allegation/] court process and the people should know that the rule of law prevails above any other consideration.”

The spokesman said the police is working to ensure a peaceful atmosphere for the Osun governorship election.

“As at yesterday, the deputy inspector-general of police in the state have gone around the state on what we call ‘the show of force exercise’ with other security agencies,” Moshood said.

“The DIG operations is in charge of the security architecture in the state for the election, they have gone round, they have met with people and equally talk to them.

“We are enjoying very large cooperation from them, we are hopeful that come Saturday everything will be peaceful to secure an environment for a credible election.”

TWITTER @thecableng
Copyright 2020 TheCable. All rights reserved. This material, and other digital content on this website, may not be reproduced, published, broadcast, rewritten or redistributed in whole or in part without prior express written permission from TheCable.
Tags
Ademola AdelekeJimoh MoshoodNECOPolice
Advertisement