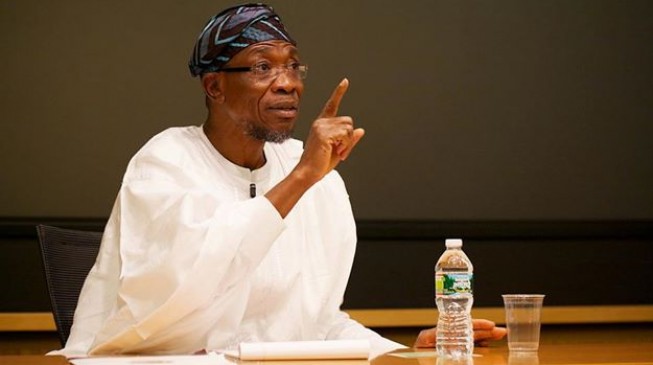 14:03 2014
Print This Article Share it With Friends
👤by TheCable  0 Comments
Advertisement

President Goodluck Ebele Jonathan has congratulated Governor of Osun state, Rauf Aregbesola, on his victory in Saturday’s governorship election in the state.

The president also commended the Independent National Electoral Commission (INEC) and national security agencies for ensuring that the election was free, fair, credible and peaceful in keeping with the avowed commitment of his administration.

He applauded the people of Osun who came out en masse in all the local government areas of the state to peacefully and freely exercise their democratic right, trusting in his assurance that all necessary measures would be taken to ensure their safety and the sanctity of their votes.

“The president believes  that the free, fair and peaceful conduct of the elections have fully reaffirmed his administration’s determination  to positively reform Nigeria’s electoral processes,” Dr. Reuben Abati, his special adviser on media and publicity, said.

“The outcome of the election has also given the lie to the false, unfair and uncharitable allegations that measures put in place by the federal government for the Ekiti and Osun state elections were partisan and designed to achieve a favourable outcome for his party.

“As Governor Aregbesola prepares to begin a second term in office, President Jonathan looks forward to continuing to work with him and other state governors to further improve the living conditions of Nigerians in Osun and other states of the country.

Aregbesola was declared winner of the election early on Sunday morning, after polling 394,684 votes to beat his closest challenger and candidate of the president’s party, Senator Iyiola Omisore, who received 292,747 votes.

TWITTER @thecableng
Copyright 2020 TheCable. All rights reserved. This material, and other digital content on this website, may not be reproduced, published, broadcast, rewritten or redistributed in whole or in part without prior express written permission from TheCable.
Tags
All Progressives CongressGoodluck Jonathaniyola omisorePeoples Democratic Partyrauf aregbesola
Advertisement