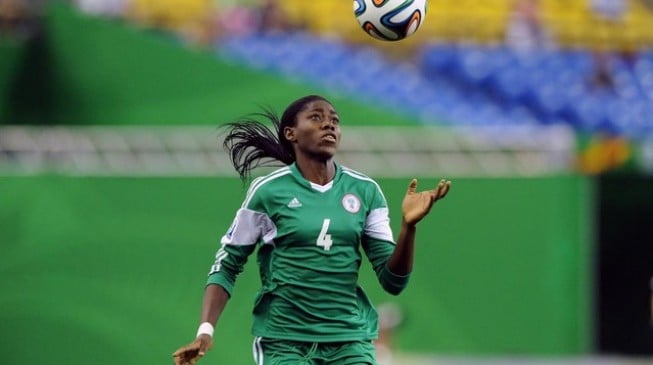 14:14 2014
Print This Article Share it With Friends
👤by Victor Akhidenor  0 Comments
Advertisement

President Goodluck Jonathan has commended the Super Falconets for winning the silver medal at the just concluded FIFA U-20 Women’s World Cup in Canada.

A statement by his special adviser on media and publicity, Dr. Reuben Abati, quoted the president as congratulating the team and saying they could become a great force in women’s soccer.

“The president applauds the Falconets who outplayed the Germans for long periods in the final, and also had greater ball possession and a higher number of goal attempts, for equaling Nigeria’s best-ever finish in the tournament, and, in Asisat Oshoala, producing this year’s top scorer and Most Valuable Player,” Jonathan said.

“President Jonathan, who stayed awake till 0300 hours (local time in Germany) to watch the match with his aides as he promised the girls during his chat with the team on Saturday, believes that the Falconets have shown the world that with their innate skills, strength, resilience and determination, they can remain a great force in women’s football globally for many years to come.”

The presidential aide added that his boss looked forward to honouring the team with a reception at the presidential villa on their return from Canada.

TWITTER @thecableng
Copyright 2020 TheCable. All rights reserved. This material, and other digital content on this website, may not be reproduced, published, broadcast, rewritten or redistributed in whole or in part without prior express written permission from TheCable.
Tags
Asisat OshoalaCanadaFIFA U-20 Women's World CupGoodluck Jonathanreuben abati
Advertisement

PHOTOS: The SARS operatives gunned down by Boko Haram