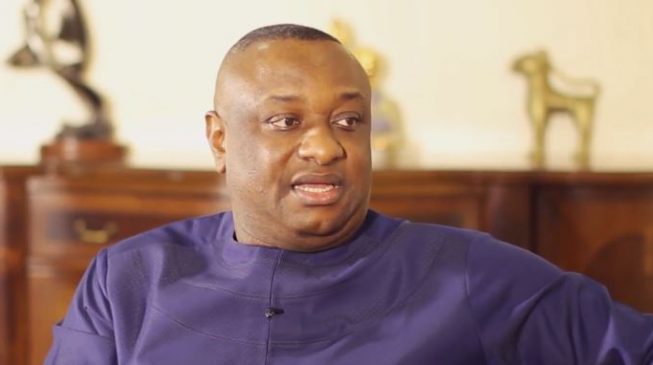 21:51 2020
Print This Article Share it With Friends
👤by Chinedu Asadu  0 Comments
Advertisement

Festus Keyamo, minister of state for labour and employment, has hailed the supreme court judgement on the governorship election in Imo state.

In a message he posted on Twitter late Tuesday, Keyamo described the judgment which favoured the All Progressives Congress (APC) as “judicial neutrality at its very best.”

On Tuesday, the apex court sacked Emeka Ihedioha who was elected governor of Imo state under the platform of the Peoples Democratic Party (PDP).

It subsequently held that his main challenger, Hope Uzodinma of the ruling party, is the duly elected governor in the March election.

The apex court had delivered a similar judgement in favour of the PDP when it sacked all APC candidates in Zamfara state, leading to the emergence of the PDP candidates, from the governorship to the state assembly polls.

According to Keyamo, “the same revered & exalted S/Court of Nigeria that nullified APC’s victory in Zamfara State has affirmed the victory of APC in Imo State.

“That is judicial neutrality at its VERY BEST.”

The same revered & exalted S/Court of Nigeria that nullified APC’s victory in Zamfara State has affirmed the victory of APC in Imo State. That is judicial neutrality at its VERY BEST. I quickly dropped this here before our usual bad losers begin to cry foul & change the narrative

He also said he was inclined to comment on Tuesday’s before “our usual bad losers begin to cry foul and change the narrative” in apparent reference to the losing party in the case.

TWITTER @thecableng
Copyright 2020 TheCable. All rights reserved. This material, and other digital content on this website, may not be reproduced, published, broadcast, rewritten or redistributed in whole or in part without prior express written permission from TheCable.
Tags
Festus KeyamoImoSupreme courtzamfara
Advertisement