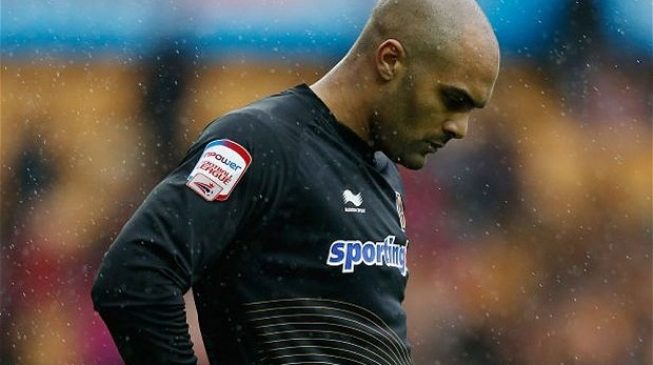 11:48 2018
Print This Article Share it With Friends
👤by Remi Sulola  0 Comments
Advertisement

Ikeme was diagnosed with acute leukaemia in July 2017. Last month, the Nigerian shot-stopper announced that he was in remission.

The 32-year-old has been with Wolves throughout his career, making more than 200 appearances for the club.

Jeff Shi, Wolves executive chairman, said: “Having been at the club since the age of 14, Carl is far more than just a player in our eyes – he is our brother and an important part of our family.

“When Carl came to tell us his news, yes there was sadness, but also great happiness to see him so healthy and hungry for the opportunities that lay ahead of him.

“Carl is strong, a fighter, something he has proven in his playing career and also during what has been a very challenging time for him, so I have no doubt he will be a success in whatever he does next.

“We wish Carl all the very best for the future, but remind him he will always remain a part of the Wolves family.”

Ikeme says he made the decision to retire after due consultation with medical experts.

“I spoke with the doctor and he suggested I should retire, because of the toll the treatment has taken on my body,” Ikeme told Wolves official website.

“He thinks it’s what is best for me and I can’t really risk trying to come back, my health is the priority.

“I want to be here for my children, family and friends. In the grand scheme of things with my life in danger, it’s the minimum price I have to pay to spend the rest of my time with my family.”

Ikeme won his first call-up to the Super Eagles in 2015 and helped the team qualify for the 2018 World Cup in Russia.

TWITTER @thecableng
Copyright 2020 TheCable. All rights reserved. This material, and other digital content on this website, may not be reproduced, published, broadcast, rewritten or redistributed in whole or in part without prior express written permission from TheCable.
Tags
2018 FIFA World CupCarl IkemeSportSuper Eagles
Advertisement

The tax implications of Finance Act 2020

Buhari slams Danjuma: Your opinion is not important