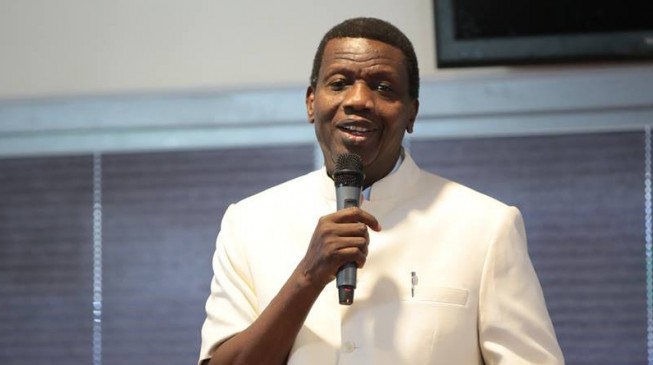 14:32 2017
Print This Article Share it With Friends
👤by TheCable  5 Comments
Advertisement

Enoch Adejare Adeboye, the general overseer of the Redeemed Christian Church of God (RCCG), has appointed a national overseer the church in Nigeria.

However, he remains the general overseer of the church.

Announcing his vacation of the Nigeria role on Saturday, at the annual ministers thanksgiving at Shimawa, Ogun State, Adeboye, who turns 75 on March 2, named Joshua Obayemi, former special assistant to the general overseer on finance, as the national overseer.

He also named J.F. Odesola, a pastor who was the special assistant on administration and personnel, as the new church secretary; and J.A. Adeyokunnu, another pastor, as the new treasurer.

The revered preacher then requested the congregants to pray for the new leadership, at the end of which he also did the same.

Vice-President Yemi Osinbajo was present at the meeting, which was also attended by other senior pastors of the church.

Adeboye was ordained general overseer of the pentecostal megachurch in 1981, following the death of Josiah Olufemi Akindayomi, a reverend who founded the church in 1952.

‘Daddy G.O.’, as Adeboye is fondly called, was then a mathematics lecturer at the University of Ilorin. But after combining his position as G.O. with lecturing for three years, he resigned from the university to focus solely on his church work.

Under his reign, the megachurch grew in huge proportions, and currently has a presence in 192 countries of the world, while its Lagos headquarters averages a church attendance of 50,000 per Sunday service.