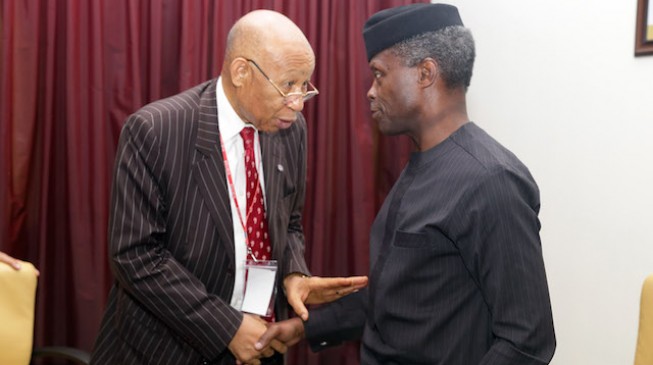 12:57 2017
Print This Article Share it With Friends
👤by News Agency  1 Comment
Advertisement

Phutuma Nhleko, MTN Group chairman, South Africa, was also in the entourage along, with Gbenga Oyebode, a lawyer, Victor Odili, Sani Bello, and Ferdinand Moolman, the CEO of MTN Nigeria.

Details of the meetings have not be revealed, but MTN recently gave a profit warning for 2016 that it said would be hurt  by the Nigerian N330 billion fine. 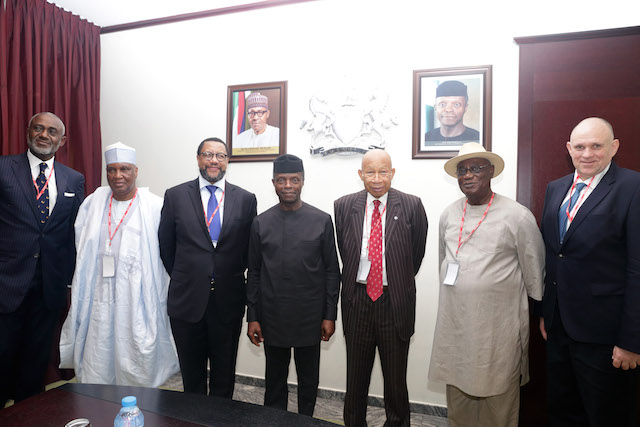 Osinbajo and the MTN team

The telecom giant also deferred its expected listing on the Nigerian Stock Exchange this year.

In 2016, the telco recorded a loss for the first time in its history and blamed it on the fine, slammed by the Nigerian Communications Commission (NCC) in October 2015.

“The performance in Nigeria was hurt by the forced disconnection of 4.5 million customers by the government a year ago, regulatory penalties and the weakness of the naira against the dollar. In South Africa, lower demand for mobile-phone contracts weighed on earnings,” MTN had said.