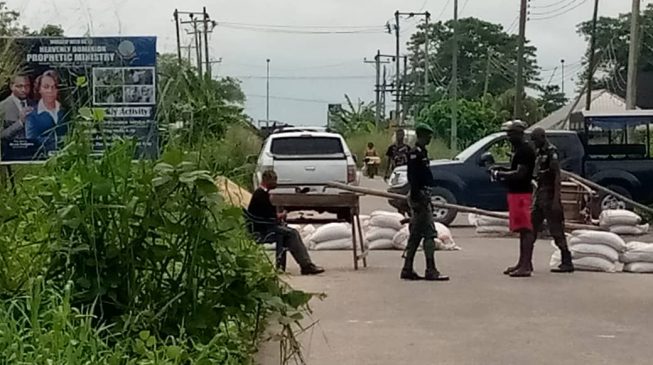 09:49 2019
Print This Article Share it With Friends
👤by Ebunoluwa Olafusi  0 Comments
Advertisement

Security personnel are preventing reporters covering the ongoing governorship election in Bayelsa state from carrying out their duty freely.

In parts of Yenagoa, the state capital, soldiers and policemen denied accredited journalists and election observers vehicular movement despite explanation and identification.

When asked the reason for the restriction, a soldier, simply identified as Austin, told TheCable ” that is the order” .

Residents have also complained about the delay in starting the voting process. In some parts of the town visited by TheCable, INEC officials and election materials were not on ground while voters were stranded.

A resident, who simply identified himself as Obi expressed concern that “the election may not hold in some areas as INEC is not around”.

“You can see there is nothing here, it’s not even looking like election is holding. They may not conduct it,” he told TheCable.

David Lyon of the All Progressives Congress (APC) and Duoye Diri of the Peoples Democratic Party (PDP) are the major contenders in the election.