Just before the Ondo APC primary… 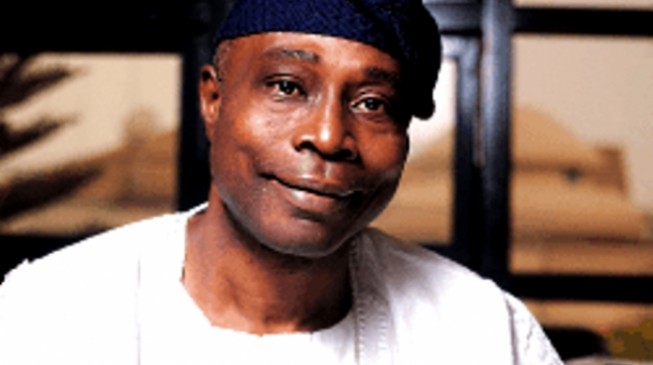 12:51 2016
Print This Article Share it With Friends
👤by Contributor  0 Comments
Advertisement

In less than a week, members of the All Progressives Congress (APC) in Ondo state will choose who will fly ‎the party’s flag in November 26, 2016 governorship election.

Already, it has generated a lot of heat that many indigenes and residents are wondering if APC is the only party in the state. Why would ‎more than 20 aspirants be jostling to fly the party flag why there are many parties that are still looking for candidates? In short, whoever the party chooses will make or mar the party in Ondo.

Ondo was known for progressive politics. In fact, the late Adekunle Ajasin and others laid the foundation of progressive politicking in the state. Except for when the late Adefarati ruled the state between 1999 and 2003, the sunshine state has been left in the hands of reactionary personalities – people whose sole aim is to under develop the state despite its huge potentials, both in human and material forms.

In 2009, two years after late Olusegun Agagu had been in power illegally, the appeal court in Benin, the Edo state capital, declared that ‎Dr Olusegun Mimiko was the real winner of the 2007 gubernatorial election in the state. It was jubilation galore everywhere.

Many were quick to say that power had been wrestled from the Peoples Democratic Party (PDP) and that a progressive will take over the mantle of leadership. They didn’t see Mimiko as a progressive because of those who were sympathetic to his cause at the time. ‎The hope was soon dashed as the Ondo-born helmsman began to show his true colour. They were shocked.

They were close to redemption in 2012 but the opposition parties were not unanimous. The defunct Action Congress of Nigeria (ACN), rather than conduct a primary for its teeming candidates, settled for former president of the Nigeria Bar Association (NBA) Rotimi Akeredolu, who many believed and still believe, is popular in Ibadan where he practises law than his Owo place of birth. The party came a distant third. It gifted victory to Mimiko and he was sworn in for the second time, in office. The court cases were not reasonable enough to send Mimiko packing from Alagbaka.

The people re-elected him not because of his style but they didn’t have option – viable ones. It was obvious that they wanted change but Mimiko did not know -maybe his aides decided not to tell him. He had thought that he was in charge until he made known his defection to the PDP. ‎Despite being ‘firmly’ rooted in the state and at the centre, with former president Goodluck Jonathan in Abuja, Mimiko and his new party recorded a bad outing as they APC won many seats to the national assembly in the 2015 election. If the governorship election had been decided last year, PDP would have become history. It is still not far from been realised but only if APC picks the right candidate – an acceptable one without any blemish whatsoever.

As said earlier on, APC has the highest number of candidates‎ with good credentials. What the party leaders need to do is to get someone with solid progressive antecedents. And the person, to me, is not far-fetched. It is Dr Michael Olusegun Abraham, an indigene of Ikare Akoko in Ondo north senatorial district and a successful businessman.

Since he signified interest to contest this year’s election, his popularity has ‎continued to soar higher. It has been endorsement after endorsement and some people have mistaken it for imposition. How can somebody or people who want to govern a state like Ondo mistake endorsement for imposition? That is a puzzle not only for those in the academics but for lovers of democracy as well. Abraham is the only person, out of the numerous aspirants, that has remained with the progressives since he joined politics. From 1999, especially, when he served in the administration of late Adefarati, he has not seen reason to leave the party, even since 2003 when the then Alliance for Democracy (AD) was ousted.

He had contributed money and energy to the progressive fold. Following party directive, he stepped down his gubernatorial ambition. A successful businessman that he is, he is one of the few top aspirants whose credentials remains unblemished. This is the Abraham they are afraid of.

Is it a sin to be a friend of a “superman”? Abraham is said to be close to the national leader of the APC, Asiwaju Bola Tinubu. And so what? Is that why Abraham should not have been contesting? I make bold to say that every aspirants in Ondo APC ‎would have sought Tinubu’s approval. Even people from outside the party admire Tinubu’s political sagacity -you ignore him at your own peril. When did Tinubu become a dog that everybody wants to give a bad name? When the party was in distress both at the local and national levels, they ran to Bourdillon for help, forgetting that he is not from Ondo state. The only right Tinubu does not have is voting right and he would have done if he had registered or get his voter’s card transferred to the state.

Though Tinubu has denied any attempt to impose any candidate, the fact still remains that he is a factor in Nigeria politics. What those opposed to Tinubu’s perceived disposition should do is to work hard. Abraham has said it at different fora that he wants to win a free and fair primary and not be imposed. Everyday, he has been touring major towns, villages and hamlets, all in a bid to get more delegates. And his opponents are dissatisfied with the support he is getting, accusing him of many things. The primary comes up this Saturday and since nobody has imposed anybody, why then is the ‘unnecessary fuss’. Just like Abraham described it in a statement, “any aspirant who is not politically literate enough to decipher the marked difference between an endorsement and imposition is not fit to contest as a councillor talk more, a governorship position,” the business mogul told his co-aspirants, adding that an endorsement does not in any way affect the chances of a fair, free and credible primary.

This is coming few months after some party members who have been with the party since the Alliance for Democracy (AD) days, came together to endorse Abraham at an event which held Ile-Oluji, These endorsers make up about 70% of the present Ondo APC. And recently, after dispassionate considerations of the leading aspirants, including their abilities, level of competence, marketability and popularity indexes, the four regions of Akoko, through respected elders, also endorsed Abraham after consulting for months.

Despite the rumoured endorsement, Abraham is not resting, everyday he goes out to solicit support for his candidacy. Why is Tinubu’s support for any aspirant critical that some people are developing goose pimples? Tinubu that I know will never support somebody that will not perform. We have seen what his products can do.‎

The Abraham they don’t know is not only a philanthropist, he is an astute grassroots canvasser, organiser and mobiliser. Abraham may not be a gifted political orator like the late Ikenne politician, Papa Jeremiah Obafemi Awolowo, but it is not doubtful that he indeed has the magic wand to harness Ondo’s untapped potentials and resources for developmental purposes.

I will urge delegate to vote for Abraham. He is the only one who can put a stop to the current economic and political woes bedeviling the once upon a time blessing State. Blessings time are here. Abraham’s blessings are ours.

TWITTER @thecableng
Copyright 2020 TheCable. All rights reserved. This material, and other digital content on this website, may not be reproduced, published, broadcast, rewritten or redistributed in whole or in part without prior express written permission from TheCable.
Tags
AbrahamAPCOndoTinubu
Advertisement