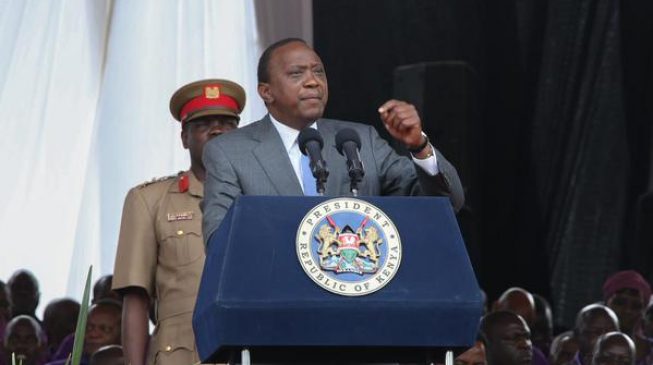 18:03 2018
Print This Article Share it With Friends
👤by Jamilah Nasir  0 Comments
Advertisement

President Uhuru Kenyatta on Thursday said no one, including Muhoho Kenyatta, his brother, will be spared in the corruption crackdown by his government.

Kenya’s president made the comments after Mwangi Kiunjuri, the country’s agriculture minister, on Monday gave a parliamentary committee a list of companies licensed to import sugar.

Muhoho is a director in one of the firms listed. The firm, named as Protech Investment Limited, is not listed on Kenya’s companies register.

“There is no going back in war against corruption,” Kenyatta said after opening a Kenya-US trade meeting.

“If there is evidence against anyone, including my brother, charge them.”

Meanwhile, the agriculture minister has said attempts to link Muhoho to the investigation into illegal sugar imports by “singling out” the firm whose board he sits on were “misleading and malicious”.

The Kenyan government is in the middle of a crackdown against illicit goods, estimated at 40 percent of all traded goods in the country.

TWITTER @thecableng
Copyright 2020 TheCable. All rights reserved. This material, and other digital content on this website, may not be reproduced, published, broadcast, rewritten or redistributed in whole or in part without prior express written permission from TheCable.
Tags
immuneKenyataProsecution
Advertisement