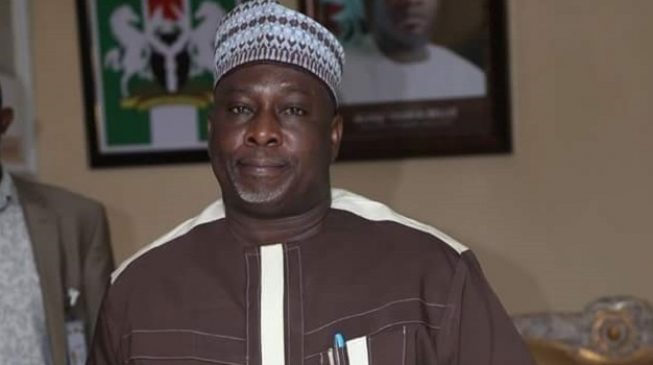 16:40 2019
Print This Article Share it With Friends
👤by News Agency  0 Comments
Advertisement

The Kogi state house of assembly has requested Nasir Ajanah, the state chief judge, to constitute a 7-man panel of inquiry to investigate allegations of gross misconduct levelled against Simon Achuba, deputy governor of the state.

The assembly made the request in a resolution reached at plenary in Lokoja, the state capital, following the adoption of a motion by Abdullahi Bello-Balogun, majority leader, on Tuesday.

The motion called for an investigation into the allegations, which is a second step toward impeachment of the deputy governor.

Presenting the motion, Bello-Balogun said the motion was sequel to issuance of a notice of allegations to the deputy governor on August 8, 2019.

He said the deputy governor evaded service of the notice of allegations on him and also directed that none of his aides should receive any correspondence from the assembly on his behalf.

Bello-Balogun said the prayers calling for investigation in the motion were in line with section 188(3) which stipulated that the house should resolve by motion, supported by not less than two-third of members, to request the chief judge to set up the seven-man panel to investigate the allegations.

He said the deputy governor’s open vilification of Yahaya Bello and the state government as well as the alleged discrete and open support for candidates of the opposition parties during the presidential, national and state assembly elections in February and March, amounted to gross misconduct.

Mohammed said the seven-man committee should be made up of persons of impeccable character as outlined in the country’s constitution.

Ruling on the motion,  Matthew Kolawole, the speaker, said questions as to ascertain the number of members who supported the adoption of the motion was 19 and more than the required number of 17 members.

Kolawole, therefore, directed the house to communicate to the chief judge to within seven days constitute a panel to investigate the deputy governor.

TWITTER @thecableng
Copyright 2020 TheCable. All rights reserved. This material, and other digital content on this website, may not be reproduced, published, broadcast, rewritten or redistributed in whole or in part without prior express written permission from TheCable.
Tags
APCKogiSimon Achuba
Advertisement