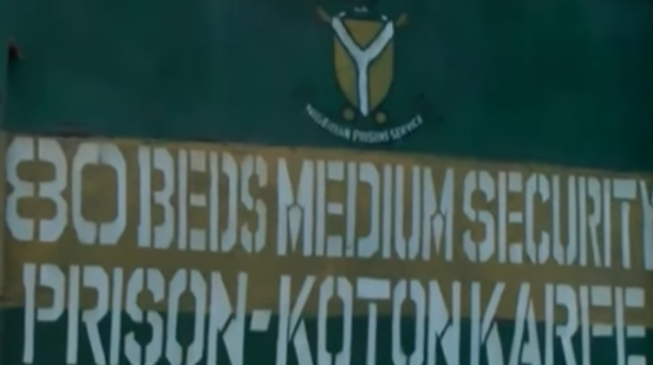 15:51 2019
Print This Article Share it With Friends
👤by Ebunoluwa Olafusi  0 Comments
Advertisement

About 122 inmates fled the prison after a section of the facility was overrun by flood following a downpour in the town on Monday.

However, the service said 25 out of the fleeing inmates have been recaptured.

Speaking with journalists on Friday, Ogbee, who is the chairman, house committee on reformatory institutions, described the incident as “the first of its kind in the whole world”.

He said it was embarrassing that such a thing could happen in the country.

He added that the committee “is deeply concerned with these occurrences, particularly in view of the current state of security in the nation”.

“What is even more astonishing is the simplicity and the brazenness with which they occur, mostly engineered by armed men. However, the most recent one in Kogi State was caused by ‘over flooding’ of the correctional facility in Koton Karfe, resulting in over 200 inmates escaping from the facility,” he said.

“Though, as you are all aware, a number of them were rearrested and posted to other custodial centres in the state. This nature of jailbreak is first of its kind in the whole world and to say the least, embarrassing.

“It is factual that over 70 percent of inmates are on the awaiting trial list; this situation is appalling and unacceptable and requires immediate redress from concerned authority.

“The Nigerian justice system must be overhauled for optimal performance in the NCS and its formations.”

TWITTER @thecableng
Copyright 2020 TheCable. All rights reserved. This material, and other digital content on this website, may not be reproduced, published, broadcast, rewritten or redistributed in whole or in part without prior express written permission from TheCable.
Tags
jail breakKogi prisonLazarus Ogbee
Advertisement