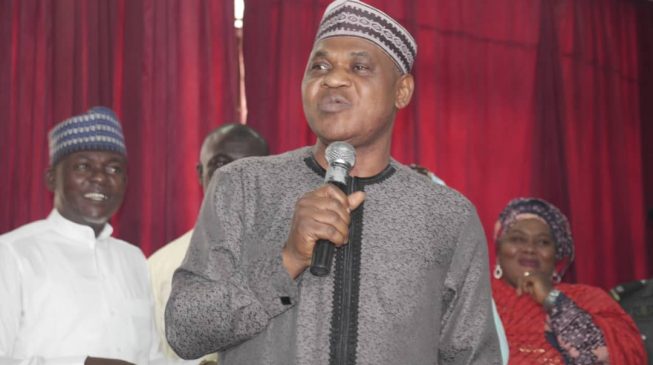 12:28 2019
Print This Article Share it With Friends
👤by Mansur Ibrahim  0 Comments
Advertisement

Musa Wada, candidate of the Peoples Democratic Party (PDP) in the November 2019 Kogi governorship election, has promised to run an issues-based campaign.

In a personally signed statement, Wada expressed his appreciation to the people of Kogi state for considering him worthy to fly the flag of the PDP in the forthcoming polls.

He promised that the “confidence reposed on him” has buoyed his resolve to offer selfless service and retrieve the state “from the burden of misgovernance and desecration of democratic values in the last four years”.

The governorship candidate also expressed his appreciation to the PDP for providing the platform for “people-centric governance in Kogi, saying he is prepared to wrest power from the APC in the elections”.

He accordingly called for the support of party faithful, stalwarts, leaders and elders, especially those who contested for the ticket with him, saying the task ahead “requires all of us to put the past behind us and rally together to enthrone a PDP government that will be truly responsible, responsive and accountable to the people of kogi State at all times.”

Wada said he has, since the conclusion of the primary, embarked on extensive consultations with stakeholders towards the aim of running an inclusive and value-driven campaign anchored on issues of good governance, rule of law, and primacy of the interests of the generality of Kogi people both home and abroad.

“We will eschew and not condone violence of any kind during the campaign as ours will be strictly issues-based and centred on decently articulating and marketing our vision of a Kogi State that is reset on the path of good governance, transparent and accountable leadership and that is appropriately positioned to harness the God-given human and material resources which abound in the State,” he said.