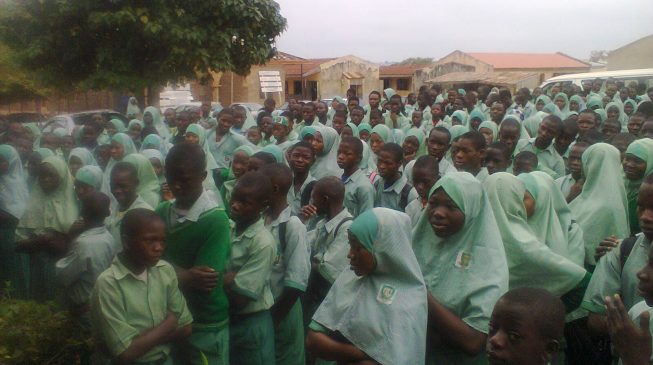 17:06 2020
Print This Article Share it With Friends
👤by Haleem Olatunji  0 Comments
Advertisement

The Kwara state government says no religious organisation is permitted to preach or conduct other spiritual activities in public schools across the state.

Bisola Ahmed, the state commissioner for education and human capital development, made this known in a statement on Tuesday.

“It has come to the notice of the Kwara State Government that some religious organisations have been going to public schools in the state to preach during the morning Assembly,” the statement read.

“The ministry wants to say it categorically that no religious organisation is permitted to go to public schools for preaching or engage in any religious activities during morning Assembly.”

As a multi-religious country, there have been occasions when Christians and Muslims, observers of two major religions in the country, disagree over issues.

The commissioner said the decision was made to maintain peace and orderliness across the schools in the state.

She urged school officials to comply with the directives, adding that prayers should be said silently during the morning assembly session in the schools.

“The ministry therefore directed that prayers should be said silently on the morning Assembly across public schools in the state,” she said.

“The government appeals to all school heads and other stakeholders to adhere strictly to this directive, which is to maintain peace and decorum in our schools. All principals, head teachers and education secretaries should take please note.”

TWITTER @thecableng
Copyright 2020 TheCable. All rights reserved. This material, and other digital content on this website, may not be reproduced, published, broadcast, rewritten or redistributed in whole or in part without prior express written permission from TheCable.
Tags
kwarapreachingreligion
Advertisement