Ladoja: Ballot box snatchers had a field day in Ibadan 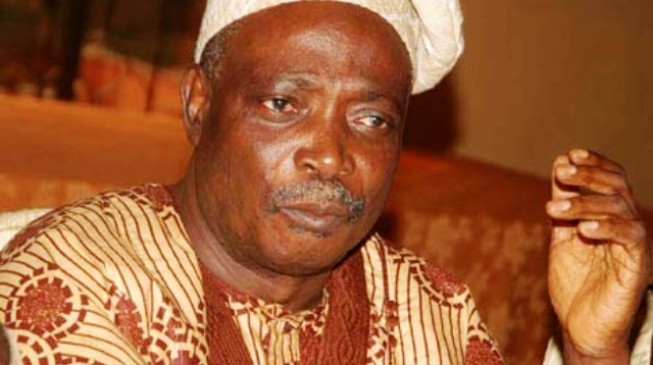 14:40 2019
Print This Article Share it With Friends
👤by TheCable  0 Comments
Advertisement

Rashidi Ladoja, a former governor of Oyo state, says ballot box snatching was very common in some polling units across Ibadan, the state capital, on Saturday.

Ladoja was speaking after casting his vote at his polling unit in ward 10, unit 013, located in Bodija, Ibadan.

According to him, areas in Oja Igbo, Aperin and Iwo Road– all in the state capital– were affected due to “inadequate security”.

The former governor said whoever wins the governorship and state assembly elections, despite the odds, should be grateful and be ready to serve the people of Oyo.

“Compared to two weeks ago, most of the electoral officials got to their stations on time,” he said.

“But it is regrettable that in some areas like Oja Igbo, Aperin, and Iwo Road, ballot boxes were being snatched. It was a field day for the snatchers. I only hope that something will be done about it. Whoever emerges should thank God and serve the people to the best of his ability.”

Zenith Labour Party (ZLP) which Ladoja belongs to, recently signed an agreement with the Peoples Democratic Party (PDP) and two other parties, to present Seyi Makinde, the governorship candidate of the PDP, as a consensus candidate in the election.

TWITTER @thecableng
Copyright 2020 TheCable. All rights reserved. This material, and other digital content on this website, may not be reproduced, published, broadcast, rewritten or redistributed in whole or in part without prior express written permission from TheCable.
Tags
2019 general electionballot box snatchingPDPRashidi Ladoja
Advertisement