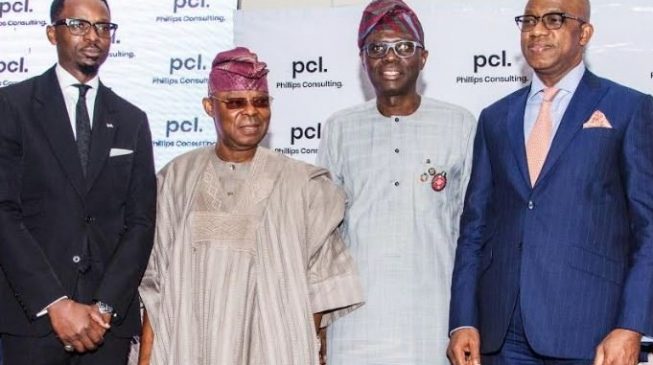 19:19 2019
Print This Article Share it With Friends
👤by Oluseyi Awojulugbe  0 Comments
Advertisement

Babajide Sanwo-Olu and Dapo Abiodun, the governors of Lagos and Ogun state, have announced a partnership to decongest the latter and improve infrastructure in both states.

During a monthly breakfast meeting of the Nigerian-South African Chamber of Commerce (NSACC) in collaboration with Phillips Consulting, both governors agreed that there is a need to form an alliance.

In a panel session moderated by Foluso Phillips, Phillips Consulting chairman, both governors agreed that the partnership would address the following: decongestion of Lagos state, development of a land port, rail and water transportation between both states, private-public partnership (PPP) funding for infrastructural development and a masterplan for the integration of both states.

Both administrators also delegated the chairing, management and the delivery of the agreement to the deputy governors who report directly to their principals for accountability.

Sanwo-Olu said the execution of the partnership would be assessed in the first quarter of 2023 while Abiodun said project execution can be carried out using a government delivery unit.

The agreement will be documented and endorsed by parties to give legal backing and minimise political interference with the provisions of the agreement.

TWITTER @thecableng
Copyright 2019 TheCable. All rights reserved. This material, and other digital content on this website, may not be reproduced, published, broadcast, rewritten or redistributed in whole or in part without prior express written permission from TheCable.
Tags
Babajide Sanwo-OlucongestionDapo Abiodun
Advertisement

Respond to customers complaints within 24 hrs or be punished, NCC tells telcos