Lalong rejects cattle colonies in Plateau, says ‘they’re not in my imagination’ 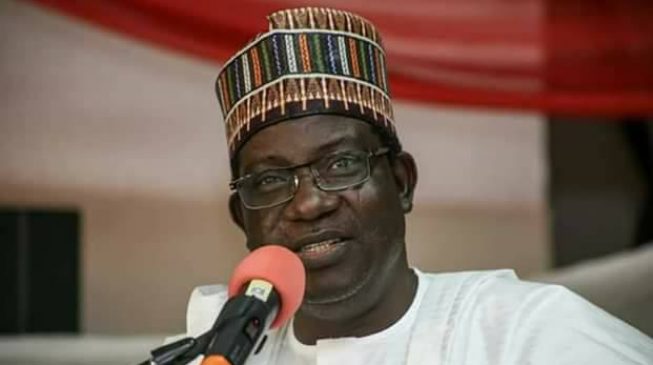 13:21 2018
Print This Article Share it With Friends
👤by TheCable  0 Comments
Advertisement

The federal government had proposed the establishment of cattle colonies to help nip the menace of herdsmen killings in the bud.

But like some of his colleagues, the governor said he has no intention of carving out any portion of the state for the cattle colony initiative of the federal government.

In a statement released by Dan Manjang, his special adviser, media and publicity, the governor urged Plateau citizens to “bury any such imagination”.

The statement read: “The attention of the executive governor of Plateau state, Rt. Hon. Simon Bako Lalong has been drawn to the news making the rounds, particularly in the Social Media that “parts of Riyom, Barkin Ladi and Bokkos local government areas have been carved out for the creation of colonies for cattle, in fulfilment of his promises to the Fulani who have pressured him, to either cede those areas or he faces the other side of their viciousness which may cost his aspirations”.

“The governor herein after state unequivocally that this thinking is not only the figment of the imagination of its authors, who want to make political capital out of it, but false, malicious and highly mischievous.

“Governor Simon Bako Lalong has and does not contemplate such action and he further calls on all good citizens of Plateau to bury such imagination of these elements, who are bent on throwing the State into confusion. Cattle colonies are not in the imagination of Governor Lalong.

“Consequently, the governor urges all peace loving citizens of Plateau State to discountenance such mischievous information but to gravitate towards issues that unite us rather than those that divide us.”

The federal government has said it will soon commence the establishment of cattle colonies in willing states.

TWITTER @thecableng
Copyright 2020 TheCable. All rights reserved. This material, and other digital content on this website, may not be reproduced, published, broadcast, rewritten or redistributed in whole or in part without prior express written permission from TheCable.
Tags
Cattle coloniesPlateau StateSimon Lalong
Advertisement

Ortom: How I was rescued when herdsmen attacked me at the farm

ORide, Gokada banned as Lagos clamps down on motorcycles in 15 councils