Laolu Akande: To say Buhari is teleguiding Osinbajo is mischievous 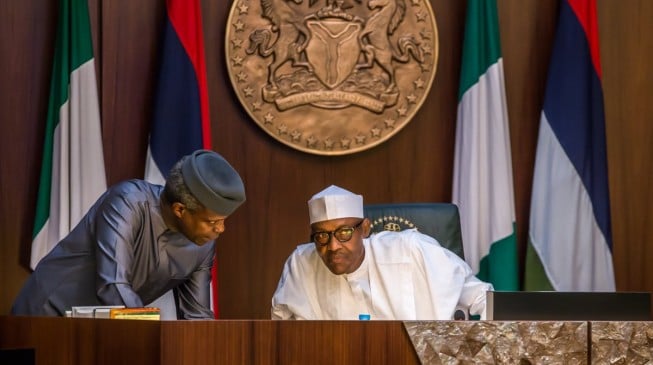 20:58 2017
Print This Article Share it With Friends
👤by TheCable  0 Comments
Advertisement

Responding to a question from TheCable on a widely circulated report alleging that a cabal was holding Osinbajo back from exercising presidential powers, Akande said such speculation was “curious”.

“Acting President Osinbajo has the full authority and as you can see he is wielding it as and when due,” he said.

He described the report as a “distraction”.

“The acting president is signing executive orders, signing bills into law, making appointments, swearing in ministers and permanent secretaries and assigning them portfolios. He takes his constitutional roles seriously as he has always done and will always do whether as acting president or vice-president,” Akande told TheCable.

It was alleged that Osinbajo had to travel to London, where Buhari is currently on medical vacation, to get approvals for some decisions.

“Interpreting reasonable and regular communication between the acting president and the president as teleguiding of one by the other is simply curious in the least or perhaps pure mischief,” he said.

“These two gentlemen have always worked together as a team and will continue to do so.”

Buhari has been on medical leave since May 7 and there is yet no date on when he would return.

TWITTER @thecableng
Copyright 2020 TheCable. All rights reserved. This material, and other digital content on this website, may not be reproduced, published, broadcast, rewritten or redistributed in whole or in part without prior express written permission from TheCable.
Tags
Laolu AkandeMuhammadu BuhariYemi Osinbajo.
Advertisement