Lawan to presidency: We expect to get 2020 budget by September 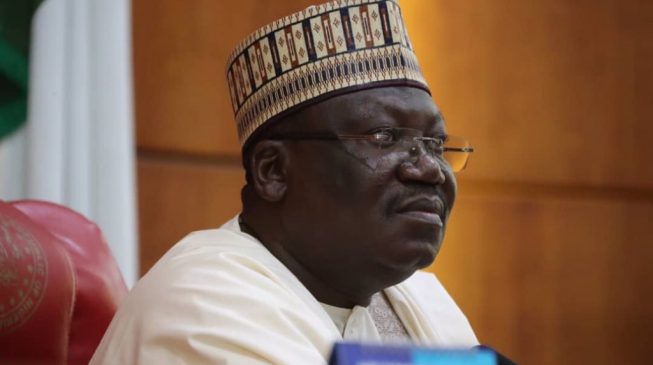 10:05 2019
Print This Article Share it With Friends
👤by Oluseyi Awojulugbe  0 Comments
Advertisement

Senate President Ahmad Lawan says the national assembly is expecting that the 2020 budget proposal will be submitted by September.

This, he said, would ensure that the budget is passed before December ends.

Speaking at the Katsina Government House after paying a visit to the state governor, Lawan said: “The process would return Nigeria to the annual budget of between January and December and guarantee fiscal discipline.”

He assured that the ninth assembly would also pass the petroleum industry bill (PIB) to ensure the oil and gas sector is given the desired reform.

Lawan further expressed the resolve of the two wings of the national assembly to work harmoniously for the rapid reformation of education, agriculture and other sub-sectors of the economy.

During the visit to Aminu Bello Masari, Katsina governor, Lawan was accompanied by some members of the leadership of the senate as well as senators representing Katsina south, Bello Mandiya, and that of Katsina north, Ahmad Babba Kaita.

The senate president and his delegation had earlier paid Salah homage to President Buhari in Daura.

The delegation later joined Masari, his deputy and Mustapha Muhammad Inuwa, secretary to the government of Katsina state, for Jumma’at prayer at Modoji Mosque.

TWITTER @thecableng
Copyright 2020 TheCable. All rights reserved. This material, and other digital content on this website, may not be reproduced, published, broadcast, rewritten or redistributed in whole or in part without prior express written permission from TheCable.
Tags
2020 budgetAhmad LawanAminu Bello Masari
Advertisement