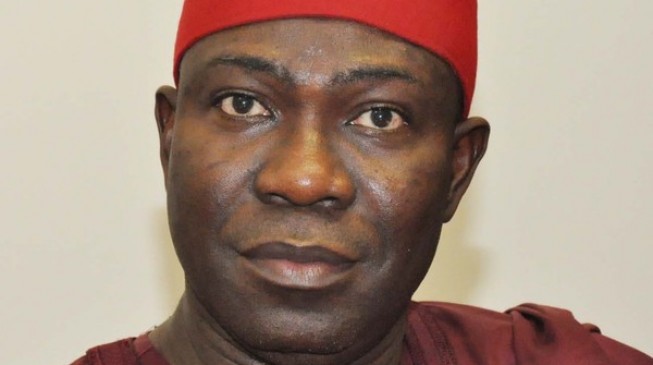 22:30 2014
Print This Article Share it With Friends
👤by TheCable  1 Comment
Advertisement

Deputy Senate President, Ike Ekweremadu, has assured Nigerians and stakeholders in the Petroleum sector that the National Assembly would fast-track its work on the Petroleum Industry Bill (PIB).

He gave the promise while receiving a delegation of the newly-elected National Executive Council members of the Independent Petroleum Marketers Association of Nigeria (IPMAN) in Abuja on Friday.

Speaking through Mr. Uche Anichukwu, his special adviser on media, Ekweremadu noted that the Senate was mindful of the benefits of the PIB to Nigerians and the petroleum sector.

“We are hoping that very shortly, our committee will bring forth the report of the bill, and we are going to give it an accelerated hearing. This would be done expeditiously, so that Nigerians and those who are in the industry will begin to have the benefits of reforms intended by this bill.”

Leader of the delegation and National President of IPMAN, Mr Chinedu Okoronkwo, promised that IPMAN would work to ensure the stabilisation of petroleum products supply at the official rate. He added that the new leadership of IPMAN seeks to establish two refineries in Kogi and Bayelsa States, knowing that dependence on imported refined petroleum product isharmful to the nation’s economy.

“The only way we can think of building capacity in the downstream is to build refineries,” he said.

“It is strategic because when we thought about the capital flight, we felt the current IPMAN administration must take up the challenge of refining the crude oil in Nigeria.”

Ekweremadu’s words of assurance on passage of the PIB came the same day Speaker of the Federal House of Representatives, Aminu Tambuwal promised that the lower chamber would pass the Petroleum Industry Bill (PIB) within four months.

TWITTER @thecableng
Copyright 2020 TheCable. All rights reserved. This material, and other digital content on this website, may not be reproduced, published, broadcast, rewritten or redistributed in whole or in part without prior express written permission from TheCable.
Tags
Independent PetroleumIPMANIPMAN President Chinedu Okoronkwomarketers Association of NigeriaNigeria SenatePetroleum Industry BillPetroleum productsPIBSenator Ike Ekweremadu
Advertisement