Magu: Melaye and I were fighting corruption before he abandoned me 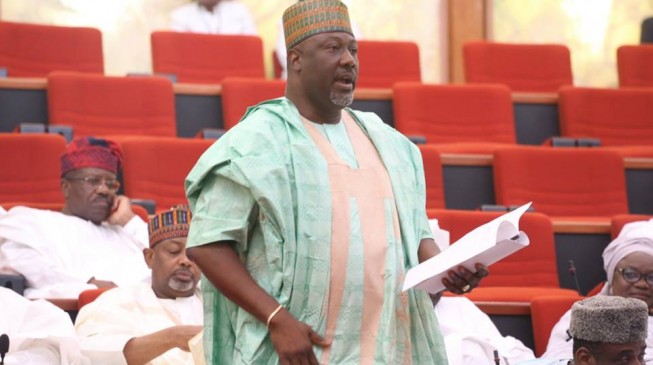 17:11 2017
Print This Article Share it With Friends
👤by Mayowa Tijani  0 Comments
Advertisement

Ibrahim Magu, acting chairman of the Economic and Financial Crimes Commission (EFCC), lightened up the atmosphere at the senate on Wednesday when he said Dino Melaye, representative of Kogi west senatorial district, abandoned him after joining the red chamber.

Melaye had asked if Magu taught he had enough integrity to lead the nation’s major anti-graft commission, considering his image via reports from the Department of State Services (DSS).

“You speak the truth you die, you lie and die, I am going to speak the truth and die,” Melaye said, adding that he loves the acting EFCC chairman, who he regarded as sagacious.

“Every nominee that comes before the senate, we do request for screening by DSS, it did not start with you and it will not end with you.”

Responding, Magu, said the fact that the DSS submitted two reports about him in one day questions the integrity of the agency as well.

“Dino Melaye and myself were fighting corruption before he became a senator. You abandoned us,” Magu said.

The senate ended up rejecting Magu.

TWITTER @thecableng
Copyright 2020 TheCable. All rights reserved. This material, and other digital content on this website, may not be reproduced, published, broadcast, rewritten or redistributed in whole or in part without prior express written permission from TheCable.
Tags
Dino MelayeEFCCMagu
Advertisement