New Tejuosho mall: A question of affordability and ‘marginalisation’ 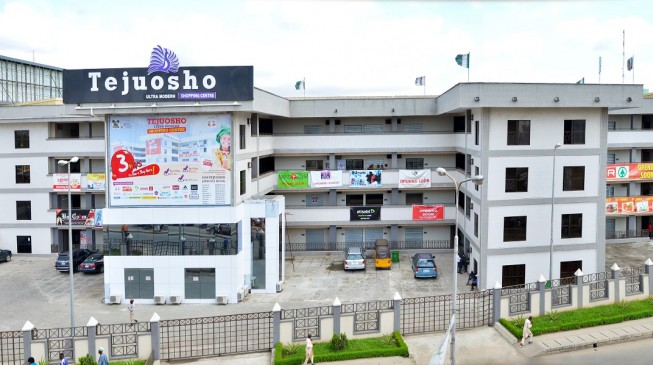 15:50 2015
Print This Article Share it With Friends
👤by Akintunde Taiwo  0 Comments
Advertisement

The emergence of a new Tejuosho main market, Yaba, after it was gutted by fire on December 18, 2007, has raised questions regarding affordability and ‘marginalisation’ by affected marketers 13 years ago.

“I own a shop in that market for over 25 years before the fire incident in 2007 and now all I could do is manage on the roadside to sell lace materials here in Yaba,” Risqat Alabi, a trader, 60, narrated her story.

Many Lagos traders have heavily criticized the Lagos state government for ‘neglecting’ traders and small business owners who cannot afford space in the new complex.

The Tejousho market was developed as a model market in 1979, serving as a major business hub, attracting patronage from far and near.

It also grew to become a major retail and wholesale market meeting the needs of the metropolitan area. Known for its popular disbursement channel of plantain in Lagos, the market, before been gutted by fire, was a major source of income for the state government and perhaps the strength of some other markets in Lagos.

The project background explained that the idea for a new Tejuosho shopping complex was born out of perennial fire outbreaks which lead to loss of human lives and properties. It also stated that the Lagos State Government finally decided to redevelop the market in order to alleviate the sufferings of the traders, reduce the challenges being faced by patrons of the market and create a model shopping environment for a ‘new Lagos’.

The statement said, “Acting in line with the desire of the Lagos state government, the ministry of physical planning invited Stomberg Engineering, among other bidders, to submit a proposal for the re-development of the burnt Tejuosho Market.”

Going round the complex, TheCable understands that the complex is made up of shops, offices, warehouses, banks, eateries, etc.

The prices are valid for a period of 25 years and all fees are inclusive of agency and legal fees.

“We have made offers to the public through an application form available for N10, 000 and all payments are made to the project financier which is First Bank Nigeria Plc. We also have our mortgage plan for interested buyers which includes eighty percent loan from First Bank Plc. with the buyer paying twenty percent of the total value. The loan will be paid back within a period of eight years with eighteen percent interest,” the sales representative said.

The prospect of a modern market to ‘alleviate the sufferings of traders’ is contrary to what is obtainable at the new complex which was commissioned by Babatunde Fashola, former governor of Lagos state, on August 14, 2014.

Mixed reactions from traders who used to do business in the old complex have greeted the project since completion.

“The government does not wish the poor well and yet they want to elevate poverty. If the market serves the purpose of urban Lagos, as a matter of development, it is suggested that everyone should be a part of the progress,”

Ibikunle Suleiman, owner of a stationery store told TheCable that the price tags for the shops should be more affordable.

“This is outrageous! Though it is good to conform to development but the government should not make things difficult for the common man. Reconstructing Tejuosho Market is a joy to everyone in Lagos but it should have been made affordable to people like us the low class traders,”

John Ikemba, who was a tenant on the second floor of the old market, described the new development as a two sided coin.

“This situation leaves people like us with no choice. If a fire incident has to put us on the streets rather than the position we were before, then the government should improve the market and make it affordable for us so we can continue our trade as usual. We want the state government to do something and help people like us so we can leave the road and continue our sales in shops. Since the new market is not modeled for small scale traders like us, then they should provide a better environment for us to sell,” he said.

TheCable also visited Oshodi main market where some of the traders now do business.

Aishat Majiyagbe, 65, said she lost goods worth eight million naira to the fire incident in 2007.

“On that day, I thought that was the end for me. I lost goods worth eight million naira and I struggled to recover for more than four years. Eventually I was able to resume business after getting a loan from a credit company here in Oshodi,” she said.

Anuolapo Ashade, 45, said she settled in Oshodi because she could not afford a shop in the new Tejuosho complex.

“This is pure marginalisation. They (government) promised us a new market. They told us we will be compensated for the loss but some of us, including me, didn’t get anything. My husband had to raise loan for me through a bank and that was how I was able to get back to business after staying at home for two years,” she said.

On the other hand, some business persons have applauded the project, describing the development as facility boost to businesses and market traders.

Mr. Innocent Edet, a businessman whom TheCable met at the complex said, “This is a welcome development in Lagos state. At least, the new shopping complex will add value to businesses and raise the worth of goods. I am here to make enquiries about the shops and will be paying soon to get my own portion.”

In the light of the development, traders along Yaba, tejuosho axis precisely, have called on the state government to provide another market structure affordable to them as this will help balance trade in the state.

“We want the government to provide our own stores and shops for us so that we can improve in our own businesses too. If the price is fair, we will pay promptly and there won’t be problems. We want to leave the road side because it is not safe and conducive for us too,” Emeka Nwachukwu, a shoe trader opposite the new shopping complex said.

TWITTER @thecableng
Copyright 2020 TheCable. All rights reserved. This material, and other digital content on this website, may not be reproduced, published, broadcast, rewritten or redistributed in whole or in part without prior express written permission from TheCable.
Tags
Lagos State GovernmentOshodiTejuosho MarketYaba
Advertisement