Makarfi: No other presidential aspirant in PDP has my pedigree 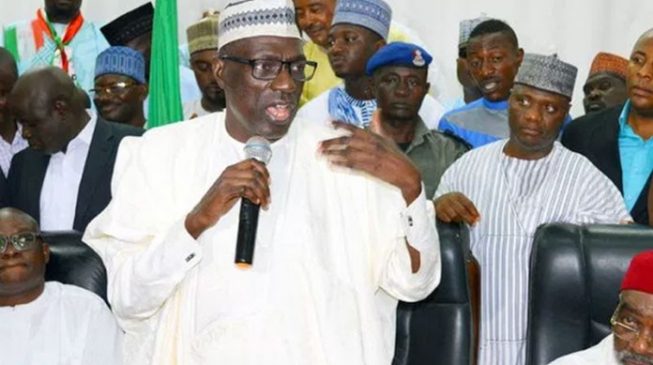 14:13 2018
Print This Article Share it With Friends
👤by News Agency  0 Comments
Advertisement

Ahmed Makarfi, a former governor of Kaduna state, says no other presidential aspirant in the Peoples Democratic Party (PDP) has his pedigree.

He said this at an interactive session with journalists in Lagos on Sunday.

The presidential aspirant, who just concluded meetings with PDP members in the southwest, said his exceptional performance as chairman of the caretaker committee would give him an upper hand at the primary.

“PDP has become a beautiful bride because of what I did. The party was considered dead until I came in as chairman of the caretaker committee and turned it round,” he said.

“No other presidential aspirant in the party has my pedigree. I have been assured of becoming the groom by members who are aware of those efforts and have sworn they will not sell their votes at the primaries.

“Since I joined the PDP, I have never left the party. My experience as a member of the senate committee on finance for eight years is also an advantage. I will bring the experience to bear when I pick the ticket and emerge as president.”

TWITTER @thecableng
Copyright 2020 TheCable. All rights reserved. This material, and other digital content on this website, may not be reproduced, published, broadcast, rewritten or redistributed in whole or in part without prior express written permission from TheCable.
Tags
PDPpresidential aspirantSenator Makarfi
Advertisement

Buhari: Whether we like it or not, the youth will rule someday