Malami is making a mess of your anti-graft fight, group tells Buhari 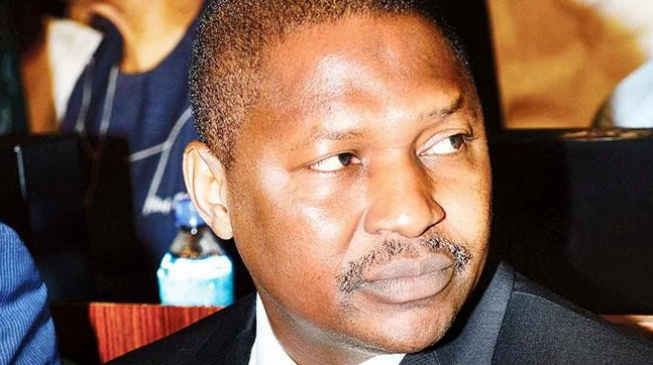 21:22 2018
Print This Article Share it With Friends
👤by Femi Owolabi  0 Comments
Advertisement

The Resource Centre for Human Rights and Civic Education (CHRICED) has called on President Muhammadu Buhari to take swift action on the aborted shady payments to two lawyers on the recovery of Abacha loot.

TheCable had reported the engagement of another set of Nigerian lawyers for a fee of $17 million (about N6 billion) for a job already completed by Enroci Monfrini, a Swiss lawyer hired by the Nigerian government since 1999 to work on recovering the loot.

Abubakar Malami, the minister of justice and attorney-general of the federation (AGF), allegedly, hired the new lawyers because Monfrini was asking for an additional 20 percent pay to “complete the job”.

Monfrini, however, has denied asking for additional fees.

TheCable also reported that Kemi Adeosun, the minister of finance, has refused to approve the payment for the lawyers hired by Malami.

Describing Malami as an AGF who has consistently used his exalted office to embarrass the country, CHRICED said the minister is making a mess of the anti-corruption fight.

“Although the payment was reportedly blocked by the Minister of Finance Mrs. Kemi Adeosun, the audacity behind such an opaque, fraudulent and questionable transaction initiated from the office of the Attorney-General of the Federation (AGF), calls for serious scrutiny and sanctions, if President Muhammadu Buhari is to salvage whatever credibility is left off the anti-corruption crusade, ” a statement signed by Ibrahim Zikirullahi, executive director of CHRICED, read.

“It is a known fact that the AGF has consistently used his exalted office to embarrass the country and make serious mess of the anti-corruption fight. From his involvement in the reinstatement of the fugitive pension task team boss, Mr. Abdulrasheed Maina to his alleged incessant harassment of the Economic and Financial Crimes Commission (EFCC) so as to pressure it to act in favour of corrupt interests, the AGF has been using his office for purposes that have since been discredited.”

The group said it is surprising that Buhari, an acclaimed anti-corruption czar, has not deemed it important to kick Malami out of the post.

CHRICED urged Buhari to send out a clear message if he still wants the anti-corruption war to be taken seriously.

TWITTER @thecableng
Copyright 2019 TheCable. All rights reserved. This material, and other digital content on this website, may not be reproduced, published, broadcast, rewritten or redistributed in whole or in part without prior express written permission from TheCable.
Tags
abacha lootAbubakar MalamiEnrico Monfrini
Advertisement