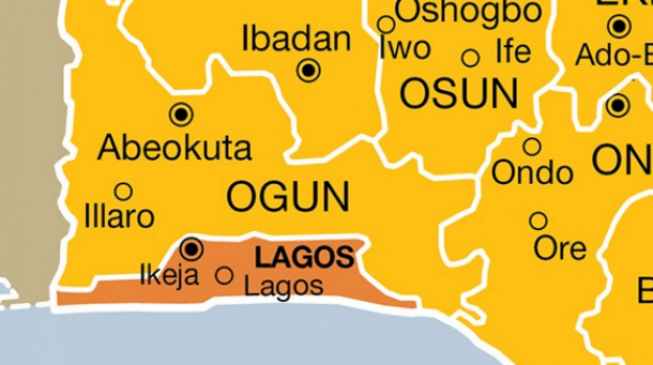 17:35 2017
Print This Article Share it With Friends
👤by News Agency  0 Comments
Advertisement

The Lagos state police command says it has arrested a man found with the decomposing head of a woman at Imota in the Ikorodu axis of the state.

Olarinde Famous-Cole, spokesman of the command, who confirmed the incident, said investigation was ongoing to bring the culprits to book.

According to NAN, a source at the state criminal investigation department (SCID), Panti, said the suspect, simply identified as Emmanuel, was arrested at the home of a native doctor, identified as Jamiu, who is now at large.

Neighbours had reportedly called the attention of the police in Imota to a foul smell was emanating from Jamiu’s compound.

“Policemen attached to the division invaded the place, combed the surrounding and discovered a human head,” a police source said.

“Jamiu, the native doctor, however, took to his heels when challenged but Emmanuel was arrested and he confessed that Jamiu helped him to get the human head for protection against Badoo cult group.

“The suspect will be charged to court as soon as investigation is concluded.”

TWITTER @thecableng
Copyright 2020 TheCable. All rights reserved. This material, and other digital content on this website, may not be reproduced, published, broadcast, rewritten or redistributed in whole or in part without prior express written permission from TheCable.
Tags
human headlagosPolice
Advertisement