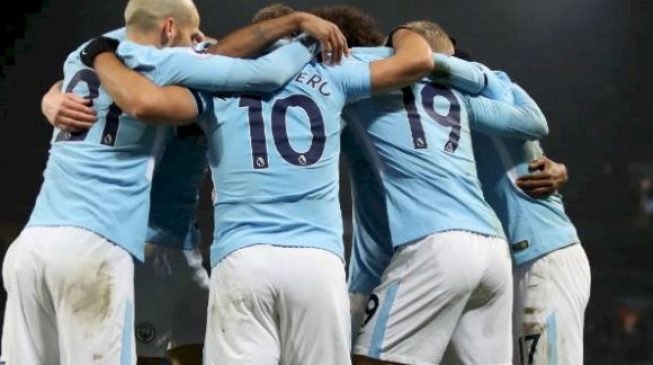 20:08 2018
Print This Article Share it With Friends
👤by Remi Sulola  0 Comments
Advertisement

Manchester City have won the English Premier League after Manchester United slumped to a 1-0 defeat against West Bromwich Albion.

With City’s victory over Tottenham Hotspur’s on Saturday, Man United had to avoid defeat against Albion to keep the title race alive.

But Jay Rodriguez’s goal at Old Trafford sent the EPL trophy to the other side of Manchester for the third time in seven seasons.

The defeat took City to 16 points clear of United. They have scored 93 goals and lost only twice all season.

The league title is Pep Guardiola’s seventh in nine seasons as a manager.

TWITTER @thecableng
Copyright 2020 TheCable. All rights reserved. This material, and other digital content on this website, may not be reproduced, published, broadcast, rewritten or redistributed in whole or in part without prior express written permission from TheCable.
Tags
2017/18 EPL seasonJose MourinhoManchester Citymanchester unitedPep GuardiolaSportWest Bromwich Albion
Advertisement