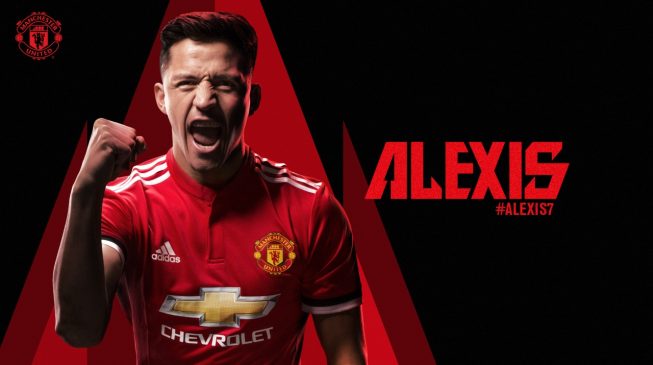 19:53 2018
Print This Article Share it With Friends
👤by Remi Sulola  0 Comments
Advertisement

The Red Devils announced the signing of the Chilean attacker on Monday.

“Manchester United is delighted to announce the signing of Alexis Sanchez from Arsenal in a deal that sees the Armenian midfielder Henrikh Mkhitaryan move in the opposite direction,” a statement on United’s website read.

“He will bring his ambition, drive and personality, qualities that make a Manchester United player and a player that makes the team stronger and the supporters proud of their club dimension and prestige.

“I would like to wish Henrikh all the success and happiness that I am sure he is going to get. He is a player that we will not forget, especially for his contribution to our Europa League victory.”

Meanwhile, Sánchez said he is thrilled to join Manchester United.

“I am thrilled to be joining the biggest club in the world,” Sánchez said.

“I have spent three-and-a-half wonderful years at Arsenal and I bring with me very positive memories of that great club and its fans.

“The chance to play in this historic stadium and to work with Jose Mourinho was something I could not turn down.

“I am very proud to be the first Chilean player ever to play for United’s first team and I hope I can show our fans all around the world why the club wanted to bring me here.”

TWITTER @thecableng
Copyright 2020 TheCable. All rights reserved. This material, and other digital content on this website, may not be reproduced, published, broadcast, rewritten or redistributed in whole or in part without prior express written permission from TheCable.
Tags
Alexis SanchezarsenalArsene WengerHenrikh MkhitaryanJose Mourinhomanchester unitedSport
Advertisement