Marafa to appeal court: Delay in constituting another panel may deny me justice 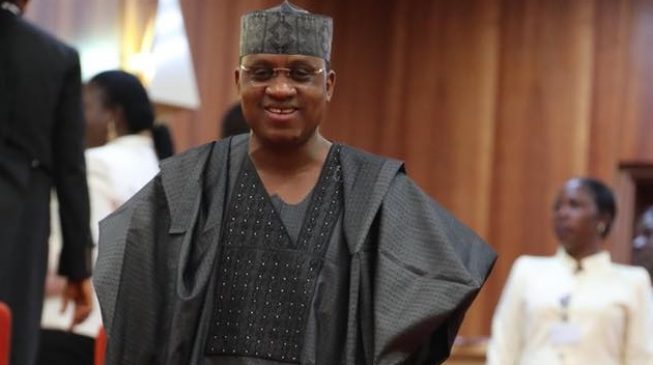 16:41 2019
Print This Article Share it With Friends
👤by Dyepkazah Shibayan  0 Comments
Advertisement

Kabiru Marafa, senator representing Zamfara central, says the delay in constituting another panel to hear the tussle in the All Progressives Congress (APC) in the state may deny him justice.

Marafa, a gubernatorial aspirant, said this in a letter dated March 13, and addressed to Zainab Bulkachuwa, appeal court president.

The senator is challenging a verdict of a Zamfara high court which asked the Independent National Electoral Commission (INEC) to recognise candidates of the faction of Abdulaziz Yari, Zamfara governor.

Through his lawyer, the lawmaker asked the panel to recuse itself from hearing his appeal, saying its members might have been compromised.

In his letter, Marafa said the panel recused itself from the case but the court did not say anything on the constitution of a new panel.

“My lord, refer to our letter of concern in which we had respectfully requested that the present panel hearing the above appeal recuses itself for the reasons already humbly adumbrated in the said attached letter dated 4th March 2019,” he said.

“The appeal came up on the 13th March, 2019 before the Sokoto Division of the court of appeal. My Lord to our surprise, the court did not sit but merely sent the court Registrar to inform all counsels and parties concerned that it has recused itself from hearing the appeal; but without any word as to the constitution of another panel to hear the appeal or as to what date the matter will now come up for hearing before a new panel.

“This letter is therefore a SOS to your lordship to kindly and urgently constitute a new panel to hear our client’s appeal. The urgency of this letter and your timeous action are underlined by the very fact that this appeal is constitutionally time-lined and same will expire on the 27th March 2019 constitutional effluxion of time.

“Where that happens, the appeal itself would lapse and die prematurely due to no fault of the appellants.

“We therefore respectfully appeal to your lordship to kindly and urgently constitute a new panel to hear our appeal immediately. We look forward to your kind and timeous action, sir.

“There is a grand conspiracy by the Zamfara state Government with the active support of some former Governors and some Abuja politicians to frustrate the case, so that the 60 days for pre-election mater will elapse.

“What that means is the case will die a ‘natural’ death and the aggrieved party will not have the chance of going  to the  supreme court for redress.”

He called on Ibrahim Mohammed, acting chief justice of Nigeria (CJN) to ensure that the panel is constituted and the matter given accelerated hearing.

Muktar Idris, Yari’s candidate, was declared winner of the governorship election by INEC.

TWITTER @thecableng
Copyright 2019 TheCable. All rights reserved. This material, and other digital content on this website, may not be reproduced, published, broadcast, rewritten or redistributed in whole or in part without prior express written permission from TheCable.
Tags
Appeal courtKabir MarafaZainab Bulkachuwazamfara
Advertisement