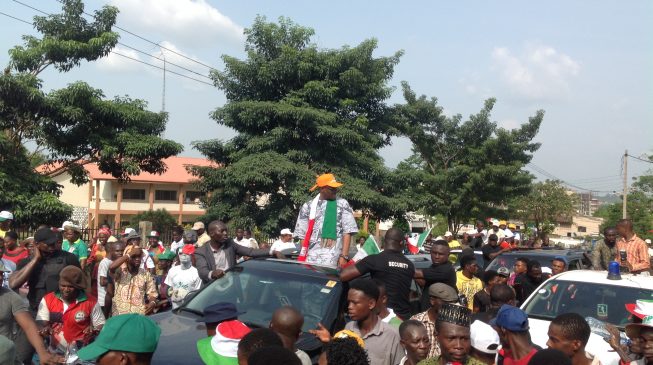 Two significant events in the right direction took place this week. One, political campaigns towards 2019 general election began in earnest. Two, the world television day celebration across the globe took place on November 21. These two events are very significant because they reinforced what roles media should play in the body polity and democracy at large. Some had jokingly said ‘this is the beginning of media harvest season in Nigeria’ as money will begin to roll in from politicians, political aspirants and political parties.

While it is true that no business entity can survive without money, the media industry has a level of intricacies as it is supposed to be the watchdog and conscience of the nation. In order words, the media has a very important role to play which money or profits must not becloud. Media has a public good dimension. It is this aspect of its calling that differentiates media from other forms of businesses.

Unfortunately, the dwindling fortune of the media, especially the print, is making many media houses overlook its important roles in the society at the expense of cash. Balance, accuracy, accountability and promotion of public sphere and discourses are very essential if the society must remain sane. Media and not any other industry is saddled with this challenge. No society can be peaceful if media turns its eyes against these essential qualities.

Politics can be a dirty game. Politicians add the flavour. Politics is a battle for the souls of the electorate.  Not many politicians care about the process as their eyes are on the outcome. Words are used without considerations. Issues are raised and discussed based on their own selfish motivations. Propaganda can become the order of the day as long as their objectives will be promoted. Fake news and hate speeches are on the increase.

Not many politicians understand the difference. Their own objectives are important to them and any opposing opinions, whether constructive or otherwise, are considered as cancer which must be destroyed for their own bodies to survive.  In many instances, politicians often forget pluralism is a political philosophy, which suggests a need to give adequate credit and affirmation to the diversity which exists within a political body. Pluralism in its ideal state must permit the peaceful coexistence of divergent views, fervour and flavours.

Politicians do not strive to understand that no ideological position is hundred percent error-free. They constantly attack opponents on frivolous issues instead of engaging on issue-based campaigns. They casually overlook real-life issues which affect the citizens and engage in divisive issues related to ethnic, tribal and race instead of forging common grounds that will build the nation and make it one. These are common politicians’ trades.

The media, which is supposed to be an unbiased umpire, has become part of the game just because it must survive. Politicians have the cash to spend on any entity which is available to promote their causes. In all these, media ethics are thrown into the wind or overlooked as they often help in amplifying negative voices. Instead of helping in holding accountable our politicians, some of the news contents pushed out are considered to be biased, elevating wrong views and below professional standards.

Media practitioners need to know they are the only hope if democratic ethos must be sustained. In this fragile position our country finds itself, media must report hard facts and not dance to the caprices of the politicians who patronise them through adverts.

Checking for accuracy of the words and pictures to be used, ascertaining no false message is subtly promoted is now a must. This is the standard of the professional and nothing else will do. Media must always remember ethical compromises in news coverage will flame the ember of discord, hatred, ethnicities in an already fragile system like ours.

In no way should media encourage the spread of propaganda any political party or politician is offering as juice to the public. Media focus should be on the public interest and not on the value the advert or message will bring in. Media contents must promote peace and challenge every hate speech coming from politicians and their supporters.

As a vanguard of the society, media must remember within our own ethics as practitioners are what are known as diversity and pluralism. This demands accommodation and expression of different opinions,

As the political campaigns begin, media must ensure news items must encourage cultural and ideological differences. Competition and marketplace pressure must be managed in a way which does not compromise ethics and professionalism. Nigeria media must understand and yield to the burden of cultural, opinion and ideological representations. We should not forget monoculturalism will always seek to promote the dominance of a culture or ideology. This we must resist.

In a country like ours, proper understanding of our multi-cultural system must provoke a need to give multiculturalism a chance despite its shortcomings. It is still the best as it seeks to recognise and better evaluate as well as celebrate cultural diversity.

TWITTER @thecableng
Copyright 2020 TheCable. All rights reserved. This material, and other digital content on this website, may not be reproduced, published, broadcast, rewritten or redistributed in whole or in part without prior express written permission from TheCable.
Tags
mediapolitical campaign
Advertisement