Meet the Nigerian children who want to ‘kill’ Boko Haram 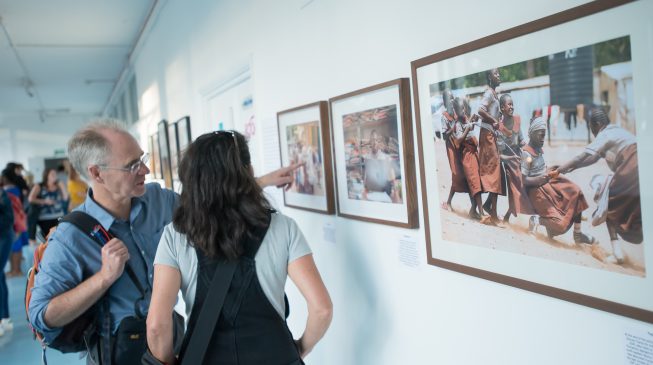 23:39 2018
Print This Article Share it With Friends
👤by Mayowa Tijani  0 Comments
Advertisement

A group of primary and secondary school students in Nigeria says they want to dedicate their careers to the killing and elimination of Boko Haram, one of the most dangerous terrorist groups in the world.

These children, ranging between ages 10 and 15, revealed this while speaking with Tunde Alabi-Hundeyin, a documentary photographer and doctoral researcher at the University of Sussex, UK, during his recent visit to Nigeria for a four-week creative project on the representation of children from the global south.

The children are seeking to defy the norm in Nigeria, where their contemporaries aspire to be doctors, lawyers, and engineers, or dream to venture into similar fields considered prestigious.

Speaking to Alabi-Hundeyin at the Durumi camp for internally displaced persons (IDPs) in Abuja, the children, who are survivors of Boko Haram invasion into communities in Borno state, narrate their experiences about leaving the place they once knew as home.

Yinusa Abubakar, who is 13, watched his brother slaughtered by Boko Haram, and like many of his contemporaries, he wants to be a soldier in the near future, so he can “kill Boko Haram”. 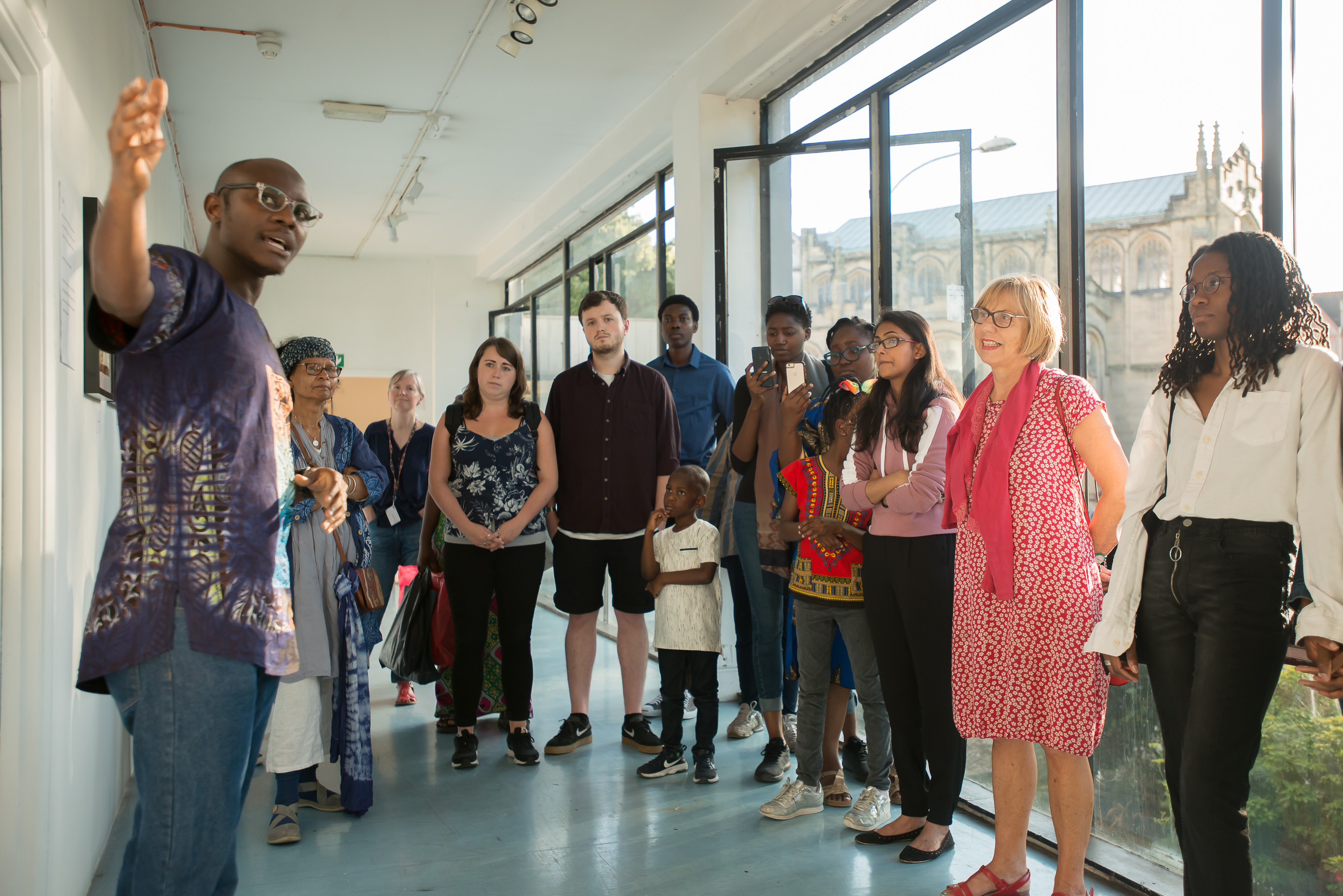 Tunde Alabi-Hundeyin explaining the heart of the exhibition

“I want to be an air force pilot because I want to kill Boko Haram for killing my elder brother, Adamu, who was 19 years old. The three Boko Haram members entered our house in Gwoza, shot him many times because he refused to join the group,” Yinusa said.

Zarau Ali, 10, says she initially wanted to be a doctor, so she can help people in need of medical assistance, but has decided that she wants to be a soldier, so she can help end the Boko Haram insurgency in Nigeria.

“I want to defend my people against Boko Haram because they killed my father when we lived in Gwoza,” she added.

The children, who were interviewed individually by Alabi-Hundeyin, revealed through the participatory photography images taken by them that they look forward to a Utopian future, where they would live in good houses, have access to the adequate sanitary facilities, receive a sound education and live their best lives.

Boko Haram has been peddling its rhetoric against western education for almost a decade and has seized this narrative to destroy schools, burn churches and mosques, opposing its ideology. 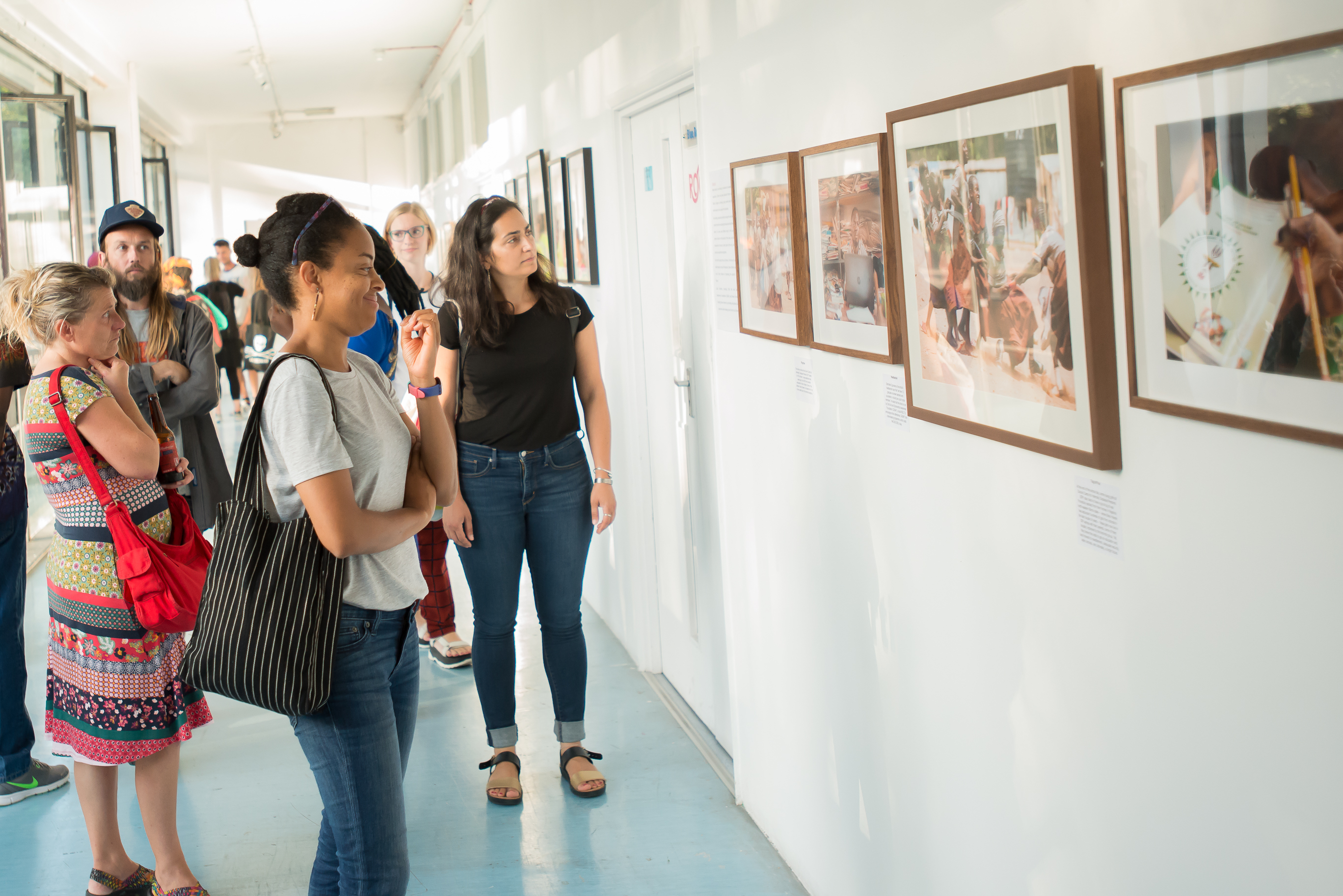 Media enthusiasts at the exhibition

International Organisation for Migration (IOM) data shows that the sect has killed over 20,000 people while displacing another 2.6 million people within the Lake Chad region.

According to the United Nations Security Council, the insurgent group has recruited 8,000 children, a good number of whom are being used as child soldiers and suicide bombers.

Alabi-Hundeyin, who has worked on a number of child photography projects with UNICEF, also seeks a Utopian end, where children from the global south will no longer be portrayed as spectacles of pity by the media and by humanitarian organisations.

He says many INGOs and international media organisations working in Nigeria and the rest of Africa are guilty of using stereotyped and de-contextualised images of the continent in their reporting and/or fundraising appeals. 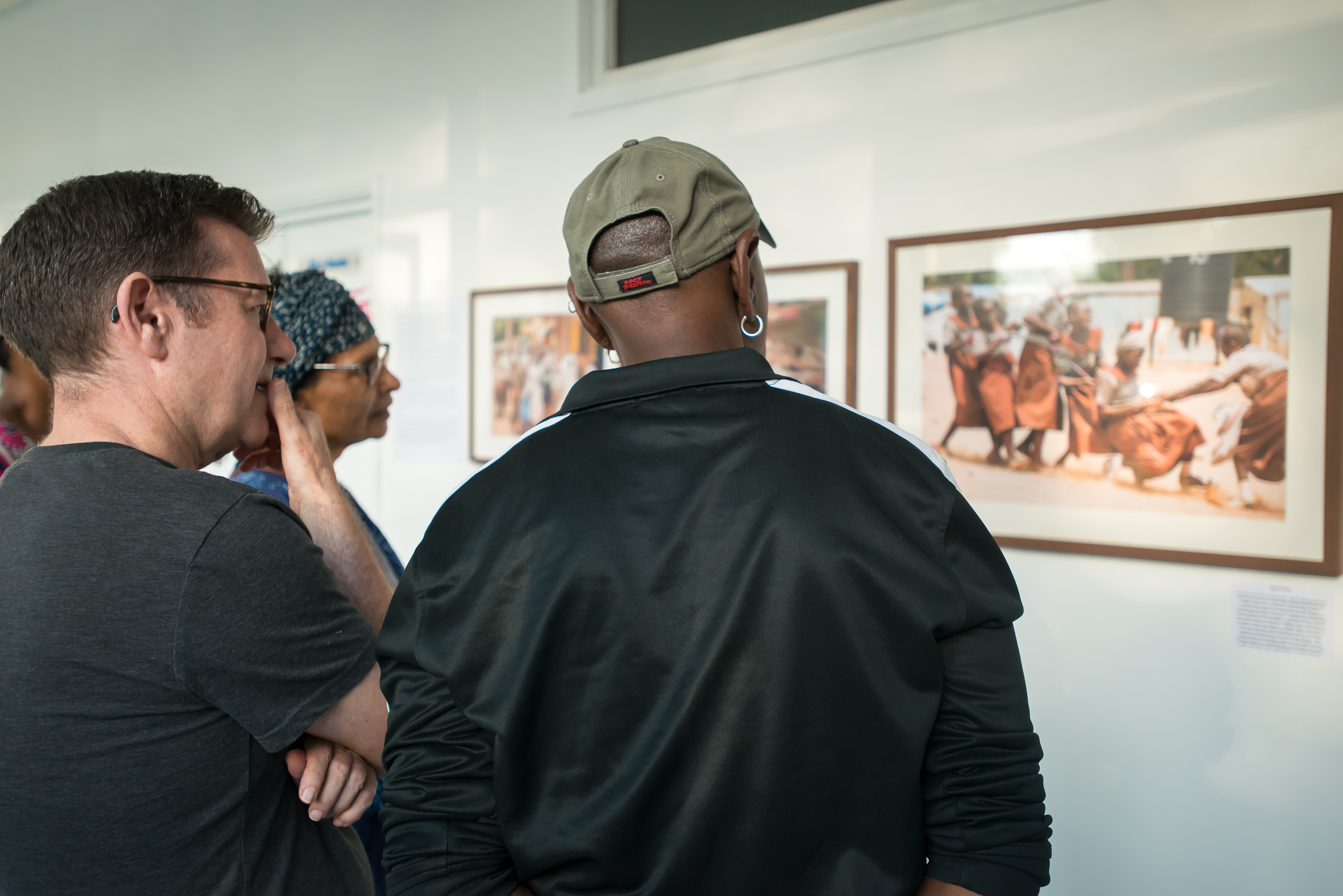 Alabi-Hundeyin says the children are survivors — not victims

Some of the feedback gotten from the first day of the exhibition, which has been attended by hundreds of people in the UK, showed a gradual shift in what most people experience in the western media.

“I was struck that not a single child had flies on their face. And I never imagined children in camps had pet cats,” a participant said.

“I love the way you can see real persons beyond the pictures. Not just commercial-tragedy, but real strength you can empathise with.

“I like the way that they flip the narrative of what are shown in the media. There is more than one reality.”

Many of the images tell a story of resilience, conviviality, migration, enterprise, imperfection, and beauty; challenging the visual stereotypes of the developing world in global development discourse.

Alabi-Hundeyin’s study has been up for exhibition from Wednesdays to Sundays, August 1st through 19 August at 11 am to 5 pm by the south gallery of Phoenix Brighton, 10-14 Waterloo Place, Brighton BN2 9NB, UK.

The research presents both the photographer’s and the children’s approaches to photographic representation and is aimed at combating the threat of photographic stereotyping, while contextualising the reality of the African child in humanitarian visual communication.

TWITTER @thecableng
Copyright 2020 TheCable. All rights reserved. This material, and other digital content on this website, may not be reproduced, published, broadcast, rewritten or redistributed in whole or in part without prior express written permission from TheCable.
Tags
abujaboko haramnigeriaTunde Alabi-Hundeyin
Advertisement