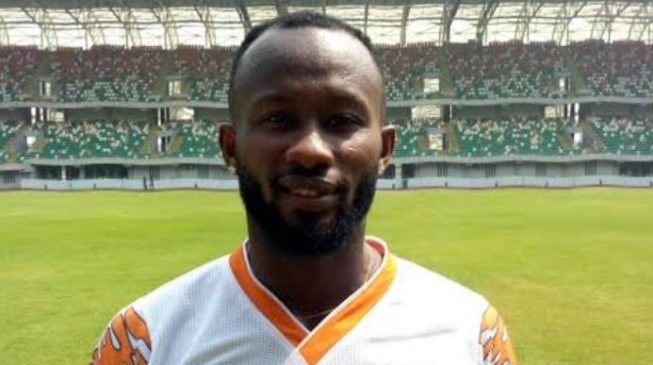 16:32 2020
Print This Article Share it With Friends
👤by Remi Sulola  0 Comments
Advertisement

Udoh, who set the NPFL record in 2014 with 23 goals, still has his switch from Akwa United to Tulsa subject to the league and federation approval, USL championship said on their official website.

“Mfon has a scoring ability unlike anyone in our league. In his career, typically he’s scoring in every other match that he features. Our expectation is that we quickly adapt him to our style and process so he can thrive as he normally does.

“Mfon is a player that has been on clubs’ radars all over the world, and it’s a credit to FC Tulsa that we were able to secure his signature. He is one of many players that has both winning and leadership qualities ingrained into them that we have brought in and will be an important piece to making FC Tulsa’s first season a success.”

Udoh, captain of the home-based Super Eagles, is the only player to top the NPFL scoring charts in two different seasons when he scored 10 goals to co-lead with Ibrahim Sunusi in the 2018/19 abridged league.

The 27-year-old is also the first player to score over 35 goals in two consecutive seasons in Nigeria.

He was the highest goal scorer in the 2016 CAF champions league with nine goals and all were scored in the group stage of the competition.

TWITTER @thecableng
Copyright 2020 TheCable. All rights reserved. This material, and other digital content on this website, may not be reproduced, published, broadcast, rewritten or redistributed in whole or in part without prior express written permission from TheCable.
Tags
Mfon UdohRaphaël AyagwaSolomon KwambeSuper EaglesTulsa FCUSL Championship
Advertisement