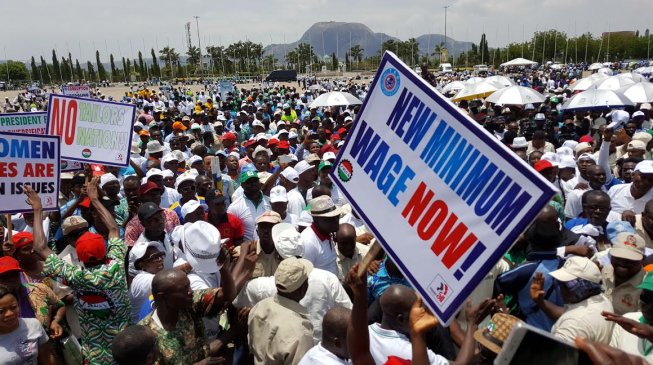 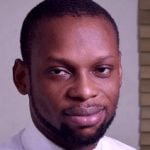 Anyone who followed the national new minimum wage negotiations between the organised Labour and the Federal Government at the peak in November 2018 would have known, as they say in Nigerian street lingo, that it would “end in tears”. While receiving the report of the Tripartite Committee on New Minimum Wage from the Chairman, Amal Pepple, on November 7, 2018, Buhari had said he was “fully committed to having a new National Minimum Wage Act in the very near future”. Many newspapers reported that the President had “endorsed” the proposal. This was quickly denied by the Presidency, which was not so much a problem. The problem, though, was the vehemence of the denial. “It is not the duty of the President only to endorse a new national minimum wage,” the Presidency would later tell Premium Times. “It is imperative for us to always avoid misinterpreting a written speech.”

Of course the President couldn’t single-handedly approve it, but his personal approval was the most important. He literally controls the Federal Executive Council (FEC), he wields enormous influence over the National Economic Council (NEC), his party holds the majority in the National Assembly. If the President wanted the national minimum wage bill to become law, nothing could stop it. But the manner of that denial was pregnant with intention; the grouse wasn’t that the President’s planned endorsement had been second-guessed; it was that the President never did endorse it. Telling.

From that time, it was clear to me, personally, that although Buhari was unfavourably disposed to the proposal, there was no chance he would reject it just four months to the presidential election. It wouldn’t take long for the President to be exposed. The House of representatives passed the bill in January; the Senate did in March. Still, the President withheld assent, prompting the Nigerian Labour Congress (NLC) to give him a May 1 ultimatum. Buhari finally acceded in April 2018, but today — one month short of the first anniversary of the submission of the report — we’re still debating the commencement date for payment of the new minimum wage. Only Kaduna and Zamfara states have begun partial implementation. The 35 other states are still stuck in what I call oscillatory motion — much activity but no movement. Ekiti has given assurances the new wage will take off in October, but until the alerts hit workers’ phones, never say never. As things stand, it is a question of when rather than whether; time will come when all states will have no option but to pay the minimum wage — for workers from levels 1 to 6.

The real trouble, though, is that the rancour over the percentage increase for levels 7 and above will not be resolved any soon. Since raising the minimum wage from N18,000 to N30,000 represented a 66.7% increase, Labour wanted the percentage applied across board. Tough ask — because 66.7% of N18,000, for instance, is not the same as 66.7% of N100,000. It wasn’t an unreasonable demand, but for a government that continues to struggle with paying the lowest cadre five months after the law was made, 66.7% across board was near impossible. Labour has had to lower that percentage five times, eventually settling for 29% for levels 7 to 14 and 24% for levels 15 t0 17. Still the government has implicitly saddled Labour with one of two unpleasant conditions; fresh negotiations or mass retrenchment of workers. It is almost impossible to see how the industrial action of October 16 will be averted.

Interestingly, while the new minimum wage has not yet taken off, the government is already plotting how to help workers spend the bonus. As announced last week by Babatunde Fashola, Minister of Works and Housing, the Federal Government has finalised plans to return the toll gates demolished in 2003 by the Olusegun Obasanjo regime. It is instructive to note that Obasanjo dismanted the toll gates after a fuel price hike, with a conviction that the added revenue from the new pump price of fuel was enough to maintain federal roads. There have been many fuel hikes since then, yet the toll gates are coming back. Currently before the Senate — and it has already survived first reading — is a Communications Service Bill seeking to enforce 9% tax on use of electronic services, such as voice calls, SMS, data and pay-per-view TV. On phone calls alone, that’s an extra charge of close to N3/min for every subscriber, depending on the telco. Or, to simplify it further, for every N100 airtime you buy, you only have access to N91. Ali Ndume, sponsor of the bill, says the tax will have minimal effect on the masses, but with 176.6 million mobile services subscribers and 122.6 million active mobile Internet users, the phone is no longer an elitist gadget. The masses, including those workers whose new wages currently give the government sleepless nights, will be affected.

If the government retrenches workers, as threatened by Chris Ngige, Minister of Labour and Employment, there will be trouble — even though the payroll is bloated despite repeated verification exercises, and not many genuine workers can prove they truly earn their pay. Any routine retrenchment motivated by determination to optimize labour will have the support of the public, but not one triggered anti-labour parsimony in a country where the Senate spends N5.5 billion on SUVs then shoves it in our faces, telling us to “try dictatorship if you think democracy is expensive”. Retrenchment or delayed payment will surely spark a labour shutdown to be accompanied, as expected, with enormous revenue loss for the government. All this when government is busy perfecting how to rob Peter knowing Paul would possibly not be paid.

Clearly, the federal and state governments are too financially unhealthy to meet Labour’s demands. The solution, therefore, is to fund the new national minimum wage by cutting waste: reduce wasteful spending such as jumbo pay for lawmakers, lying-fallow presidential jets, excessive appointees and foreign travels, frivolous benefits enjoyed by public office holders; and cut public-office corruption. Anything short of that, this minimum wage already will have maximum trouble for company.