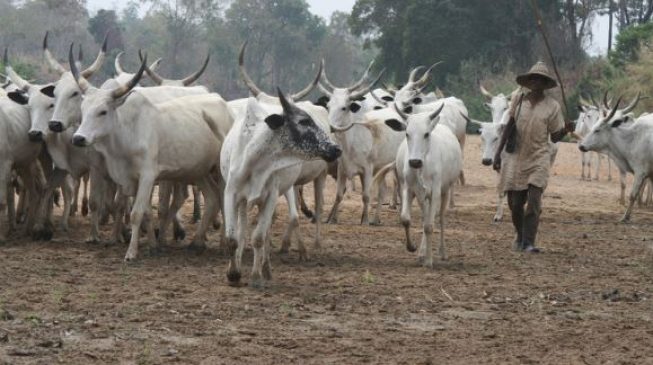 21:43 2019
Print This Article Share it With Friends
👤by Jamilah Nasir  0 Comments
Advertisement

The Miyetti Allah Cattle Breeders Association of Nigeria (MACBAN) has banned herdsmen whose families are not resident in the south-east from grazing in the region.

The organisation took the decision alongside the Northern Leaders and Livestock and Perishable Goods Market traders after a meeting in Enugu state on Saturday.

Speaking to journalists about the development, Gidado Siddiki, MACBAN south-east chairman, said the step is part of the associations’ efforts to curb criminal activities.

Siddiki explained that if a herder is found wanting of a crime, the presence of his family would prevent him from running away “and leaving us with the problem”.

“Part of the things we are doing to checkmate insecurity in Enugu and other parts of South East is that anybody who is not living with his family here will no longer be allowed to graze with their cattle. You cannot just come with your cow and graze after you destroy peoples’ farms or do something wrong, you will run overnight and leave us with the problem,” Siddiki said.

“Anybody who wants to live in Enugu State or in the South East should be here with his family so that there is no way, you will run overnight and leave your family.

“This is what is done in other states in the north. If you are not with your family, there is no how you can come here so that you will not come and destroy our peace and go.”

The groups also announced the shutting down of four livestock and perishable goods’ markets in the state between August 14 and August 15 to enable them to embark on the sensitisation tour of the markets and 14 Fulani settlements in the state.

TWITTER @thecableng
Copyright 2020 TheCable. All rights reserved. This material, and other digital content on this website, may not be reproduced, published, broadcast, rewritten or redistributed in whole or in part without prior express written permission from TheCable.
Tags
banHerdsmenMiyetti Allahsouth-east
Advertisement