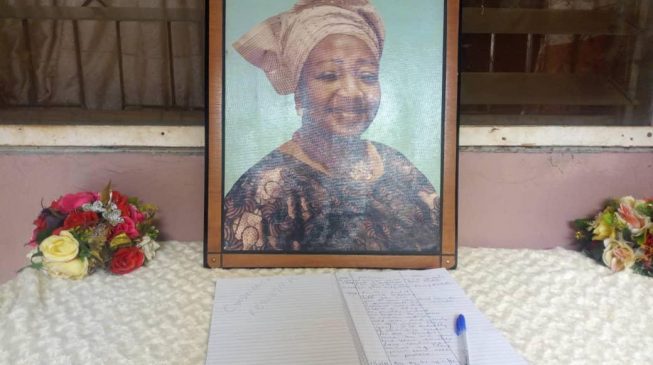 00:02 2019
Print This Article Share it With Friends
👤by Dyepkazah Shibayan  0 Comments
Advertisement

The Miyetti Allah Cattle Breeders Association of Nigeria (MACBAN) has condoled with Reuben Fasoranti, Afenifere national leader, over the death of his daughter.

Funke Olakunrin, Fasoranti’s daughter, was killed when gunmen attacked the vehicle she was travelling in on Friday.

Olakunrin was reportedly travelling to Lagos when the incident occurred.

In a statement, Baba Uthman, MACBAN national secretary, said the group was shocked at the conclusion that Fasoranti’s daughter was killed by herdsmen.

Uthman urged the security agencies to find the culprits and bring them to book.

“As we express sincere heartfelt condolence to the family of the deceased, we are left in a deep shock on how a section of the media jumped into a mischievous conclusion that she was killed by herdsmen.

“We strongly condemn this very unprofessional, unpatriotic and callous news reportage patterns that have been conscripted against our people.

“We are calling on security agencies to swing into action, and unravel the perpetrators to bring them to justice in the shortest possible time.”

TWITTER @thecableng
Copyright 2020 TheCable. All rights reserved. This material, and other digital content on this website, may not be reproduced, published, broadcast, rewritten or redistributed in whole or in part without prior express written permission from TheCable.
Tags
Miyetti Allah Cattle Breeders Association of Nigeria (MACBAN)Reuben Fasoranti
Advertisement