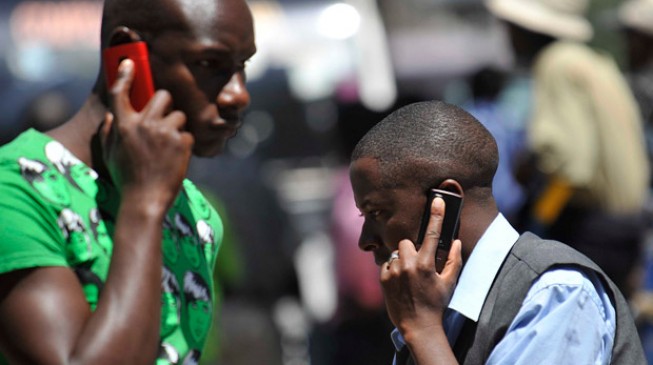 18:25 2018
Print This Article Share it With Friends
👤by Oluwatoyin Bayagbon  0 Comments
Advertisement

The rising spate of fibre cuts have fuelled agitations in Nigeria’s telecommunications sector, with operators complaining about its negative impact on quality of service (QOS).

According to mobile operators, QoS has deteriorated in recent weeks, limiting data usage and connectivity.

This has led to an upsurge in “dropped calls” and increased incidents of “silent calls,” a situation where a caller cannot hear the voice at the other end.

Speaking with TheCable, Olusola Teniola, president, Association of Telecommunications Companies of Nigeria (ATCON), said there are certain multifaceted challenges in the industry that give rise to poor service.

According to him fibre cuts, destruction of telecoms equipment, reduced investment in the sector due to economic recession and proliferation of fake phones are some of the major causes of poor service experienced by network users.

“The last time we spoke on this issue, this was last year, ATCON actually raised to the attention of the regulator that there are about 10 percent of fake phones in the market of possibly 140 million mobile phones,” he said.

“This means 14 million mobile devices are really fake phones and we’ve cried out to Nigerian Telecommunications Commission (NCC) with solutions that ensure that the reduction in the importation of these phones should actually occur.

“Secondly there should be a system activated within the networks to deal with the checking of the international Manufacturers Equipment Identification (IMEI) so that there can be… a whitelist and a black list.”

The whitelist lists those brands that have been approved and the blacklist will include a list of those fake brands that are prevalent on the market.

“Not only do these fake phones cause power issues when they communicate with the base stations, they actually are a source of harm to users and pose a health risk,” Teniola said.

“Generally, over the last 24 to 36 months, definitely during the recession, there has been no significant or any tangible investment in the upgrade of capacity on the networks.

“As you know, our networks are being used for mobile money, for e-commerce, for making calls, for carrying over the top (OTT) applications and services, over and beyond voice.

“So, we have a huge number of consumers now using voice or making voice calls using this application.

“They put further pressure on the data services… so we need a larger number of 3G and 4G base stations.

“So, the funding is an issue, lack of optic fibre and its ubiquitousness is also another issue that contributes to poor data service.

“Finally there’s a technical issue and the issue is to deal with propagation of signals, and we need a lot more base stations to be able to resolve the black spots that exist in networks. “

He said Airtel had taken actions to “build significant redundancies to take care of the fibre cuts”.

Oparah added that the company and its network management partners have bolstered surveillance and monitoring of the fibre optic infrastructure.

According to him, massive road construction projects currently being executed across the country account for the fibre cuts.

He said: “As we approach another election cycle, politicians are trying to prove they are fulfilling their promises to the electorate and so road construction, which happens to bring the highest visibility is on the increase.

“Unfortunately, unlike water pipes, which leak water when they are cut, the fibre optic cables may not be seen immediately but results in the deterioration of quality.”

“The other issue is that given that Nigeria basically runs on a mobile network, what affects one operator affects the others.

“For example, customers of a particular network will immediately switch to another network as soon as they are impacted by these cuts in a multi-siming environment like ours.”

TWITTER @thecableng
Copyright 2020 TheCable. All rights reserved. This material, and other digital content on this website, may not be reproduced, published, broadcast, rewritten or redistributed in whole or in part without prior express written permission from TheCable.
Tags
AirtelATCONFibre cutNCCQuality of Service
Advertisement