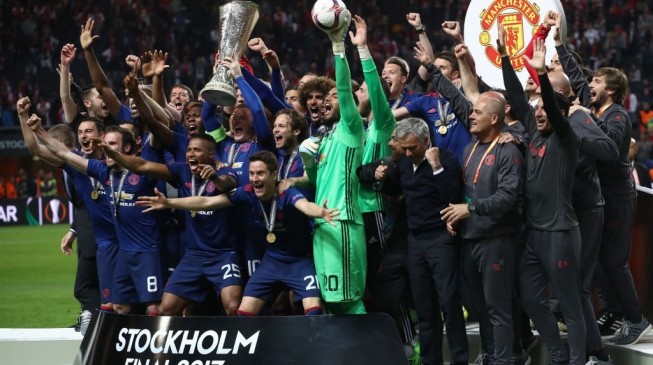 09:06 2017
Print This Article Share it With Friends
👤by Mansur Ibrahim  0 Comments
Advertisement

Jose Mourinho ticked the last box of what qualifies as a good season when his Manchester United side defeated Ajax to win the Europa League on Wednesday.

It was the first Europa League title for the Red Devils while Mourinho became the first coach to win both of Europe’s major trophies on multiple occasions.

Here is a video of how the victors lifted the trophy.

The moment @ManUtd lifted their 6th European trophy and celebrated their place in the 2017/18 #UCL…#UELfinal pic.twitter.com/LjFebYdnNc

TWITTER @thecableng
Copyright 2020 TheCable. All rights reserved. This material, and other digital content on this website, may not be reproduced, published, broadcast, rewritten or redistributed in whole or in part without prior express written permission from TheCable.
Tags
Europa Leaguemanchester united
Advertisement