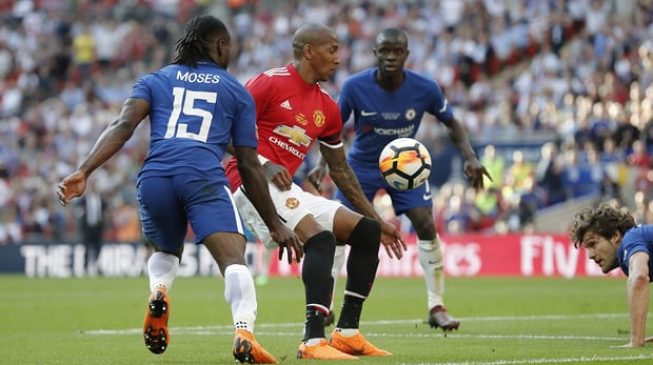 19:43 2018
Print This Article Share it With Friends
👤by Remi Sulola  0 Comments
Advertisement

Nigeria’s Victor Moses, who was sent off in last season’s final defeat to Arsenal, featured for the full duration of the match.

Chelsea took the lead through Eden Hazard’s spot-kick in the 22nd minute. The Belgian was brought down in the 18-yard box by Phil Jones.

Manchester United had a few late chances in the first half through Phil Jones and Marcus Rashford but the Blues dealt with them.

Antonio Conte’s men managed to hold on to the lead, avoiding the unenviable title of being the first club to lose back-to-back FA Cup finals since Newcastle United in the late 1990s.

Moses has now joined the league of Nigerian players who have won the English FA Cup.

Give Nigeria a new broadcasting experience

Salihijo’s appointment as a case for Nigerian youth