Much ado about CAF women’s player of the year votes 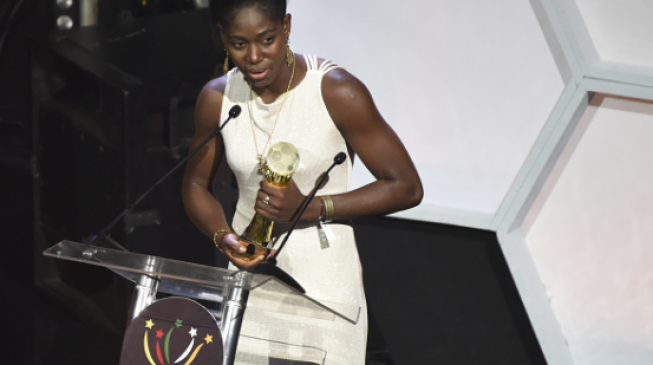 18:09 2020
Print This Article Share it With Friends
👤by Contributor  0 Comments
Advertisement

In this modern age of internet, never you let Nigerians bully or push you into making hasty decision. Endeavour to do more in findings before reaching conclusion. By the time first round votes by African Legends, Technical Committee and Media representatives are summed up by us all, Ajara Nchout (Cameroon) with 133 votes would still have triumphed over Asisat Oshoala (Nigeria) who secured 129 votes.

Aside Perpetua Nkwocha who obviously had her records to jealously guide (the right which is morally hers anyway), all others from Nigeria gave Asisat more points than her closest rival Ajara. Nigerians however need to begin allow emotions to take the back seat in any CAF’s Best Player Award. I stopped long time ago when I ignorantly believed Okocha should have won one or two Men’s Player Awards ahead Samuel Eto’o. That mistake will never be one to trace to me again. Today, the Super Eagle’s players are neither on the top three list of CAF Men’s Player Award nor Africa’s Best IX. No thanks to you all who have spent years believing they should make top 3 or best IX when their performances last 10yrs were far from best.

Voting should be about performance and who impresses an average voter the most in any election. Exempt non-media voters, if the last World Cup is anything to guide me, Asisat Oshoala won’t earn initial maximum 5 points of mine if I was part of Nigerian 3-man media delegation who voted. I’d give Ajara Nchout or another Falcon player. I should atleast display objectivity and openness if I were Journalist like Tunde, Chisom and Obayiuwana. It is even far ridiculous that only Kanu Nwankwo, Lucas Radebe, the Mauritania and Djibouti officials gave Oshoala 5-maximum votes out of 25 legends & technical committee who cast their votes. That says a lot!

There are Nigerians who falsely believed no Nigerian official voted Oshoala, that is far from truth! They all did with the exact votes she deserved given to her. As long as blood however runs in human veins, the category mocking and cussing Perpetua for her voting choice should also be told that they have displayed openly same emotions that influenced Perpetua’s decision to allot Oshoala just one vote; by saying a Perpetua with 4 AWP Awards should not have voted against an Oshoala aiming to also pick her 4th AWP Award. It is about two Nigerians striving to sustain a record.

Do the rules guiding the voting process even compel Perpetua or anyone to vote for their Country men or women? No! We are shamefully displaying similar traits that often play out while making political choices. To bully, cuss, harass voters whose choice of candidates do not align with ours. A person who’s the worst out of 10 candidates, as long as he or she is of same faith as us, from our village, town, or region; he or she must earn our votes. Merit does not matter to us anymore!

To further disappoint you, painstakingly set aside the second round votes by Coaches and Captains. Even though Oshoala got a better of Ajara with 222 to 188 votes leaving each with final 351 and 321 votes respectively. What this implies is that Falcons and Nigeria’s Women Football should brace up for a very stiff competition next two years. They should not get carried away with Oshoala’s African Player of the Year award that might elude their camp like CAF Men’s Awards and Trophy soon.

In the end, there was a brilliant choice made by no other person than Chisom and Obayiuwana from Nigeria. The two journalists cast maximum 5-point votes each for Tabitha Chawinga. Asisat Oshoala, the CAF 2019/2020 Women’s Player would queue behind the 23year-old Malawian in all aspects of football mastery. You probably have not seen Chawinga on the field of play before you kicked their choices. Go check her out!