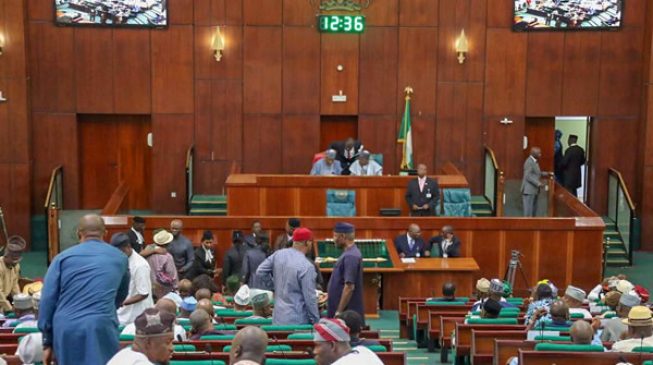 08:19 2018
Print This Article Share it With Friends
👤by News Agency  0 Comments
Advertisement

The Buhari Media Organisation (BMO) says President Muhammadu Buhari saved the country from a chaotic poll by withholding his assent to the electoral act amendment bill.

The group said this in a statement jointly signed by Niyi Akinsiju and Cassidy Madueke, its chairman and secretary.

“It is trite that the deployment of a new electoral law only two months to an election is a recipe for chaos,” the statement read.

“Introducing a new law that redefines fundamentally the processes of our elections is only setting a shaky foundation for the 2019 polls.

“Also, with such fundamental changes such as the introduction of electronic transmission of results, and the compulsion in the use of the card reader without any remedy, among others, INEC staff would have to be trained and re-trained within two months, a period that is certainly not enough for that to happen.”

The group said an ECOWAS protocol on democracy and good governance as well global best practices discourage any form of amendments or changes to electoral laws six months before an election.

“The federal legislature had in the process of presenting the bill for the president to sign in the last four occasions, made several unforgivable drafting errors,” BMO said.

“At every point, he identified these errors and sent them back for corrections – and he was right every time.

“So much that the third time the national assembly passed the bill for the president’s signature, they had conspicuously and suspiciously removed the use of the card readers during elections. The president sent it back and insisted that it be included.”

The group urged the national assembly against overriding the president’s decision on the matter.

BMO said: “Any attempt by some desperate unpatriotic federal lawmakers to override the president’s veto would amount to a battle line being drawn between them and the Nigerian people, and their right to free and fair elections.

“We call on the national assembly to ensure that the electoral processes are not toyed with for the self-serving interests of some of their colleagues.”

TWITTER @thecableng
Copyright 2020 TheCable. All rights reserved. This material, and other digital content on this website, may not be reproduced, published, broadcast, rewritten or redistributed in whole or in part without prior express written permission from TheCable.
Tags
electoral billnational assemblyPresident Muhammadu Buhari
Advertisement