Nationwide blackout as grid collapses after fire outbreak in Benin 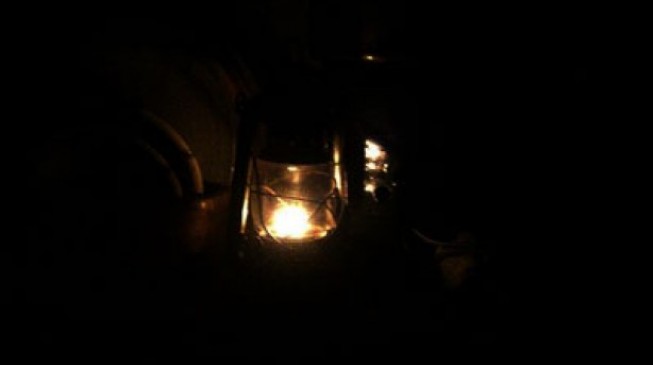 21:19 2019
Print This Article Share it With Friends
👤by Dyepkazah Shibayan  0 Comments
Advertisement

A fire outbreak at a power substation in Benin, Edo state, has led to the total collapse of the national grid.

The situation has led to power outage across the country.

In a statement, the Transmission Company of Nigeria (TCN) attributed the fire outbreak to  high voltage.

“Restoration of the grid commenced immediately and as at 1.30 p.m, bulk power supply to most parts of the nation had been restored.

“The management of TCN commends the efforts and support of the Government of Edo and Benin Electricity Distribution Company as well as the fire service in putting out the fire and restoring normal power supply.”

Mbah said TCN had commenced the movement of another reactor to Benin City to replace the burnt to ensure voltage stability in the city as well as prevent a re-occurrence.

She said TCN would also ensure a review of the entire protection and earthing system nationwide.

She assured Nigerians that TCN management was doing everything possible to modernise, upgrade and stabilise the national grid.

DisCos have been informing their customers of the development via Twitter. June, 2019.”

The Enugu Electricity Distribution PLC (EEDC), wishes to inform her esteemed customers that the present loss of supply in the entire South East, is as a result of a system collapse which occurred at 09:21am of today, 30th June, 2019. pic.twitter.com/wYs2JKVveN

“COA/EEE
“Dear valued customer,
There has been a total system collapse of the National grid as reported today 30/06/2019,” the company tweeted.

“Details as to the cause and duration for restoration are still sketchy as we await more information from our partners at TCN.

“Please be rest assured that all hands are on deck working towards resolving this issue and restoring supply.

“We apologize for any inconveniences caused by this. Thanks as always for your cooperation.”

Dear valued customer,
There has been a total system collapse of the National grid as reported today 30/06/2019. Details as to the cause and duration for restoration are still sketchy as we await more information from our partners at TCN.

This is the third time the grid would collapse since May and seventh since 2019. In May, the grid collapsed twice in 24 hours.

TWITTER @thecableng
Copyright 2020 TheCable. All rights reserved. This material, and other digital content on this website, may not be reproduced, published, broadcast, rewritten or redistributed in whole or in part without prior express written permission from TheCable.
Tags
Power OutageThe Eko Electricity Distribution Company (EKEDC)
Advertisement