Ndidi helps Leicester win first away game of the season 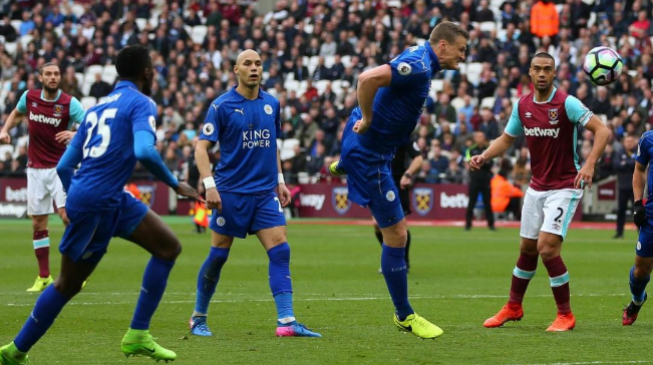 19:12 2017
Print This Article Share it With Friends
👤by Remi Sulola  0 Comments
Advertisement

Nigerian midfielder, Wilfred Ndidi, played from start to finish as Leicester continued a resurgence which began after Claudio Ranieri was sacked.

The English Premier League champions on Saturday secured their first away win of the season in the 3-2 defeat of West Ham United at the Olympic Stadium.

As early as the 5th minute, Jamie Vardy and Riyad Mahrez combined neatly for the latter to score Leicester’s first goal.

A Marc Albrighton free kick found the head of Robert Huth who nodded home his first goal of the season in the 7th minute.

Another set piece, this time by West Ham, gave the home side a glimmer of hope. Kaspar Schmeichel stood rooted to a spot as Manuel Lanzini’s free kick earned West Ham its first goal in the 20th minute.

A smart interchange between Mahrez and Albrighton won Leicester a corner. Mahrez’ corner kick saw the ball bounce off several players before falling to goal-hungry Vardy, who fired home to put Leicester 3-1 up in the 38th minute.

Although Leicester always looked like running away with the victory, West Ham didn’t go down without a fight.

In the 63rd minute, Andy Carroll found space at the back post and nodded the ball back into the danger area. Andre Ayew reacted by heading home West Ham’s second goal in the 63rd minute.

TWITTER @thecableng
Copyright 2020 TheCable. All rights reserved. This material, and other digital content on this website, may not be reproduced, published, broadcast, rewritten or redistributed in whole or in part without prior express written permission from TheCable.
Tags
AHMED MUSAAndre AyewCraig ShakespeareJamie VardyKasper SchmeichelLanziniLeicesterRiyad MahrezRobert HuthsportWest Ham UnitedWilfred Ndidi
Advertisement