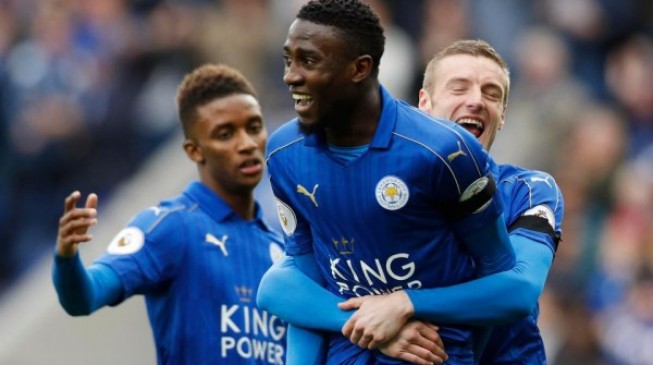 15:16 2018
Print This Article Share it With Friends
👤by Remi Sulola  0 Comments
Advertisement

Puel said Ndidi’s game has greatly improved since the start of the season.

“Since the beginning of the season, Wilfred is the most consistent player because he plays well, he recovers a lot of ball,” Puel told Leicester Mercury.

“Perhaps in his last game (against Stoke), like his team-mates, he was not fantastic.

“But since the beginning of the season, he’s improved a lot, he continues to work with good spirit in the training sessions, always correct.

“He is a valuable player for us because we didn’t have a lot players with the same attributes. He can recover a lot of balls, he is strong in the duels and now, when he plays simple with quality, he can give a good start in our play.

“We speak about Wilfred, last week we spoke about Maguire. Every week, it’s a different player. It’s a good feeling because if some player can have some speculation around them all this shows that they progress in the team.

“They’ve got to continue to work with us, of course.

“I’m happy about Wilfred, like Harry, Riyad, Jamie, all the players. It’s a good thing also to have some players with this quality and about the interest of other teams also.”

Pual reacted to reports that the Nigerian international and Jamie Vardy have clashed in recent weeks over goalscoring responsibility.

“It’s not Ndidi’s job to score. He will have other opportunities to score, but the most important thing is that he keeps good focus about his play,” he said.

“He is not in the team to score or to give assists, but he’s very important for us, crucial to recover the ball and to give a good start to the play and it’s important he can continue this good work with simplicity.”

Ndidi will make his 29th English Premier League appearance of the season against Bournemouth on Saturday at the King Power Stadium.

TWITTER @thecableng
Copyright 2020 TheCable. All rights reserved. This material, and other digital content on this website, may not be reproduced, published, broadcast, rewritten or redistributed in whole or in part without prior express written permission from TheCable.
Tags
BournemouthClaude PuelJamie VardyLeicester CityRiyad MahrezSportSuperEaglesWilfred Ndidi
Advertisement