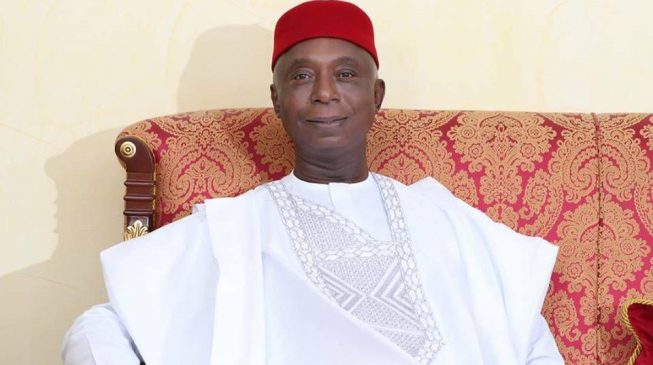 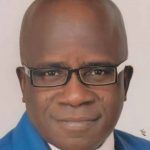 The subject matter was actually economy. And finance. But Ned Munir Nwoko is neither an economist nor a finance expert. And he did not pretend to be one. “I am simply and squarely a lawyer,” he said. This candid confession set the stage for the intellective billionaire’s treatise on foreign loans.

Taking foreign loans is not exactly a crime according to this cultivated Prince “and there are provable examples”, he stated. “It is fair to note that foreign loans can contribute positively to the economic growth of a country,” he added. But this beneficial side of the loan he cautioned depends on some variables. It is not a birthday gift that you jump at with praises. The man who hails from the place fondly called the plateau of Delta state, Idumuje-Ugboko in Aniocha North Local Government Area, LGA, stressed that the conditionality in addition to the way a foreign loan is sourced, negotiated and managed are all so critical in harnessing this facility into a blessing or a burden for the economy of the borrowing country.

For instance, the cerebral international lawyer who played a central role in the London/Paris Club loans refund recognized foreign loan as “necessary pills for achieving top notch infrastructure provision ……….. in augmenting internally generated revenues …… and provision of critical infrastructure such as modern road and rail networks, referral hospitals, housing, international airports……….” and so on. However foreign loans can also turn out an economic mischance if certain steps are not taken. These requisite 10 steps posited by the billionaire business magnate is what we have dubbed his 10 Commandments.

The first he says is to ensure “that the loans are properly negotiated and secured on favourable terms and conditions”. He enjoined the borrowing nation in his second point to ensure that all necessary agreements are “signed, properly documented, catalogued and preserved for future references.”

Dr Nwoko in his third commandment warned that terms and conditions must not be amorphous or hazy but must be properly understood. “If the terms and conditions are shrouded in secrecy or are nebulous and unnecessarily complex for the beneficiary to comprehend, then the risk or walking into a booby trap becomes higher”. He stressed the importance of transparency and the need for only officials or consultants with requisite technical and professional know how when embarking on foreign loan negotiations.

The soft spoken and reticent lawyer cautioned against the danger of taking foreign loans just because of the maxim that even big countries like USA, Britain and France or Germany are big debtors. He also warned against the inexact notion that accelerated growth can only be achieved through resort to foreign loans. “That may be plausible to some extent when some conditions are complied with” He however emphasized that “foreign loans should be contracted only when they become absolutely necessary”.

It is indeed safer for a country like Nigeria to fall back to her accumulated external foreign reserves and other savings rather than accumulating avoidable foreign debts. As the University of Keele, Staffordshire, and King’s College, London, trained lawyer put it, “if this procedure is followed, it will enable the country to record increase in real economic growth and reduce capital flights through servicing or payment of foreign loans”.

The Senior Consultant with Ned Nwoko Solicitors, a London based law firm warned against channeling foreign loans into white elephant projects, election financing or recurrent expenditure that often make repayment difficult. This is his seventh commandment. Utmost care, he averred, “should be taken by the borrower country and her regulatory agencies to ensure that foreign loans are channeled into productive or profit generating ventures to ease their repayment”. This, for him, will help actualize that whole essence of the foreign loan which is to trigger economic growth and development of the debtor country and boost the welfare and standard of living of her citizens.

Policing the way foreign loans are sourced, negotiated and incurred is key. Dr Nwoko holds that the regulatory agency of the borrower country, like the Debt Management Office, DMO, in Nigeria’s case, apart from ensuring that foreign loans are taken only when genuinely needed, must in addition, “ensure they are ploughed into essential or relevant capital areas. The office should follow up by strictly monitoring the processes of utilizing the loans”.

Dr Nwoko appreciates the importance of diligent, ultra-careful management of foreign loans. In 2009, following Nigeria’s exit from foreign debts, his firm, Linas International Nigeria Limited was engaged by the 774 Local Government Areas, LGAs, in Nigeria to help disentangle their knotty case with the federal government following the latter’s deductions from their statutory allocations to pay foreign loans. Led by Dr Nwoko, Linas obtained various Judgements that led to the full refund of the funds to the LGAs.

To avoid these complications and litigations like the case of the LGAs, the highbrow lawyer, entrepreneur and politician accentuated the importance of good strategy for managing external debts of a country in addition to careful choice of institutions where these loans are obtained in order to make repayment less complicated and difficult. For instance, he advises that, “external loans for private and public sector projects that can generate enough returns to repay the principal and pay interest should be sourced from the International Capital Market, ICM, while loans for social infrastructure should be sourced from concessional windows.

In his tenth commandment, Dr Nwoko enunciates even more on strategic borrowing. Using his country as an example, he warned the government to avoid going for bailouts from multinational organisations like the World Bank or IMF “which insist on harsh conditionality and policy reforms that give scanty consideration to local economic conditions, cultures and environments in the countries they are requiring reforms”.

He cited the case of Nigerian government which introduced austerity measure and budget tightening recipes imposed on it by the Bretton wood institutions in the late 1980s and early 1990s. Because these measures were imposed with little or no regard to local dynamics and peculiarities, they proved too harsh for ordinary Nigerians to bear and ended up inflicting mortal damage on the country’s economy.

But Dr Nwoko also has some positive news about the multinational organisations. In his words, “…. I must add that some multinational agencies such as the world back or IMF saddled with managing global financial stability amongst others also perform important roles like helping to ensure debt sustainability of countries by carrying out regular Debt Sustainability Analysis, DSA, using its own template. This is in addition to the Fund’s policy of regularly designing national or corporate debt strategies to enhance cost/risk evaluation of the debt portfolio”.

For this avant-guarde billionaire however, Nigeria and other African countries should be wary of syndicated loans and bilateral debts which are mostly tied to medium and big construction projects. He observed that most of these big projects are often executed by Engineers and even artisans from the ‘benefactor countries’ thereby repatriating much of the fund to such countries. He minced no words in accusing China of this guileful practice. “Chinese loans look juicy on the surface, but beneath the veneer are coated bitter pills that may choke in future”, he asserted.

In concluding therefore, he warned Nigeria and other developing countries to exercise caution when negotiating or rescheduling loans with multinational organizations like the IMF that are often under perennial remote control of the capitalist western powers led by the US and its European allies.

But in warning developing countries against the poisoned chalice in the guise of loans from the powerful western cartels, Dr Nwoko stated unequivocally that Nigeria should equally be wary of the neo-colonialist push of the emerging Eastern Superpower, China. In his words, “China’s so called concessional loans may end up as damaging as the bitter pills by IMF at the behest of its biggest contributors- the Western Superpowers”.

TWITTER @thecableng
Copyright 2020 TheCable. All rights reserved. This material, and other digital content on this website, may not be reproduced, published, broadcast, rewritten or redistributed in whole or in part without prior express written permission from TheCable.
Tags
foreign loansNed Nwoko
Advertisement