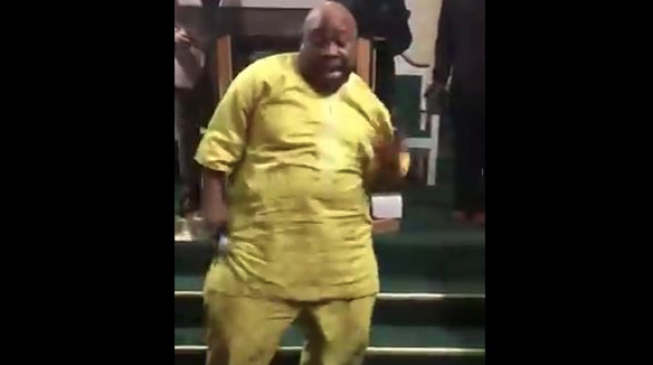 19:09 2019
Print This Article Share it With Friends
👤by Mansur Ibrahim  0 Comments
Advertisement

The election petition tribunal on Friday declared Ademola Adeleke as winner of the 2018 governorship election in Osun state.

The Independent National Electoral Commission (INEC) had announced Gboyega Oyetola of the All Progressives Congress (APC) as winner of the election.

But the tribunal held that the rerun election conducted in the state after the initial poll was illegal.

Social media is currently buzzing on the judgment which was in favour of the Peoples Democratic Party (PDP).

This is victory for democracy, at least the judi iary was able to establish the people's mandate despite the cruel and intimidating so call federal might.

Victory at last for the dancing senator. We now have a dancing Governor in Osun state. I hope u dance development to the people of the state too. Congrats #Adeleke

Truly, the judiciary is the last hope of the common man and the defender of our democracy. Congratulations Sen. Ademola Adeleke, @IsiakaAdeleke1. https://t.co/FfcGxhjg64

Congratulations to Governor-elect Demola Adeleke and the Osun state @OfficialPDPNig on a great victory at the election tribunal. We have done it! My state, Osun state has finally gone PDP. I am overjoyed and overwhelmed. Praise the Lord! To him alone be the glory!

Ultimately, Nigeria and its people will be victorious over this tyranny.

Never underestimate the power of dancing. 🙂

From day one, I have never doubted the sacking of APC from Osun after that sham election. Today, I have once again been proven right. Adeleke has won his seat. Let the dancing continue. Oya, where is my Gbegiri!

I told you guys we won that election.

On to the next: no time. https://t.co/DaNQMemfDr

Shame on those who steal Mandates for a living.

The Osun mandate has been recovered. The Tribunal has declared Senator Adeleke winner of the Osun Governorship election.

Sen. Adeleke have been declared winner of Osun gubernatorial election, @atiku please follow up your case no matter how bleak it may seem. I just hope court orders would be obeyed in this country. https://t.co/oEGHmPBAgZ

So finally the appeal court did justice on the Adeleke's case. Davido must be summertumbling right now

Adeleke equalizes in second half.
The Osun match has been forced to extra time (Appeal court), maybe it will end up in penalties (Supreme court).

Atiku: Bro how did you reclaim your Osun mandate?.
.
Ademola Adeleke: Dont worry, I have enough past questions, I will link you up..
.
Atiku: #OsunTribunalJudgment pic.twitter.com/03WHNYt7OL

So when #Adeleke said he will be giving them "gbaga " after #Osun elections, he knew what he was saying.. pic.twitter.com/mw9pjf2Nu9

If i were Senator Adeleke, I would just appoint PWC & KPMG to act as receivers/administrators of Osun State…….

TWITTER @thecableng
Copyright 2020 TheCable. All rights reserved. This material, and other digital content on this website, may not be reproduced, published, broadcast, rewritten or redistributed in whole or in part without prior express written permission from TheCable.
Tags
Ademola AdelekeAPCGboyega OyetolaOsunPDPtribunal
Advertisement