Nigeria: From Egypt to Egypt? 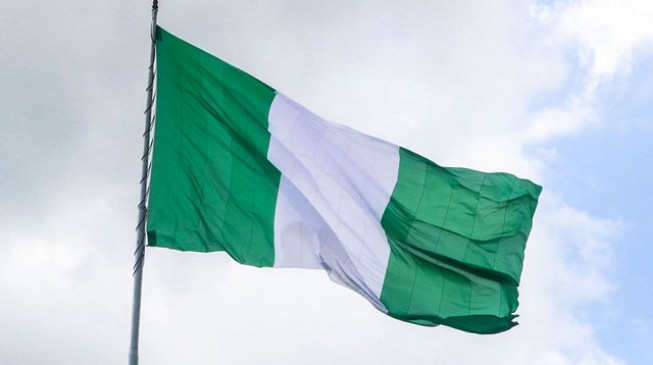 10:42 2020
Print This Article Share it With Friends
👤by Contributor  0 Comments
Advertisement

Those who are familiar with the history of the Israelites will understand why their story in the wilderness will not be complete without a mention of how, at a stage, they had preferred being “slaves in Egypt” to being subjected to mass ignoble deaths “in the desert.” With the pathetic state of our country, it is unfortunate that such hopelessness and uncertain reality now define the lots of many Nigerians.

Sentiments apart, Muhammadu Buhari is a good man and Nigerians have to appreciate God for a man of his ilk as Nigeria’s president. He has done ‘this’, ‘that’, ‘and the other’, all in the interest of Nigeria and Nigerians. Forget the fact that the government, which he heads, is now sitting, comfortably, on a huge debt profile of not less than N24.4 trillion; and not a few Nigerians are concerned and palpably worried.

Despite her rich socio-cultural legacy, Nigeria is today an unfortunate product of strange, deep and challenging problems which raise lots of questions about how complicated we are as a people. The so-called government think tank seems to be missing the gem as the fulcrum of its policy pronouncements is not jelling with the expectations of the masses. Otherwise, there would have been a massive socioeconomic turnaround in many sectors of the domestic economy to the benefit of everybody who is a Nigerian, irrespective of his or her status in the society. To make matters worse, the ruling party continues to grapple with the challenge of identity definition  while the opposition, either for lack of a credible alternative or non-possession of a financial war-chest to match the rampaging ferocity of its masters in the game, has willingly become prisoner to existing positions.

Starting with the Federal Government’s position on Agriculture and Rural Development, what has changed and what has been the effect? Year in, year out, it is a whole story of woes and catalogue of avoidable failures. This year, if it is not a fight over the procurement of fertilizer, it will be harvest of tirades in trying to expose the corruption in fertilizer distribution. Next year, it the farmers’ verification exercise and how to account for farmers who are deprived. The following year, the routine begins again: the procurement and the distribution of fertilizer. Whereas, all that has not addressed the alleged corruption in the system! The point is: if the government is claiming to have spent trillions of naira on “agriculture and infrastructure” in the last few years, why hasn’t the humongous sum reflected on the socio-economic reality of Nigerians? Isn’t it a shame that people are running from Osun State, which claims to be an agrarian population, to neighbouring Oyo State to buy yam tubers, despite the sophistry of the former’s agricultural policies? This is embarrassing, to say the least!

Talking seriously, what has become of government’s position on international trade and commerce? What’s happening, presently, to our domestic economy and home-market? These, again, lead us to some other questions! What type of a country is one that fails to realize that making money without working is a recipe for trouble for the national economy? What manner of work is it that makes a truck driver in the United Kingdom live a better life than a supposed big man in Nigeria? Who’s calculating the gains and the losses of the Buhari-led administration? The political oligarchs and power-drunk state officials, who, in spite of our being pathetically poor, still derive pleasure in mismanaging our poverty? Or the mere sand-players who only specialize in lying to Nigerians with unrivaled illogicality?  For God’s sake, if government reforms are truly hitting their targets, why are Nigerians leaving home, hale and hearty, only to end up in the lagoon as victims of suicide?

In fairness to posterity, that Nigeria’s economy is threatened, with the country described variously as a “dumping ground for stronger economies in the world” is no longer news. When Charles Soludo came in, he introduced some policies to stem the leak in foreign exchange. But by the time Soludo would realize that ‘Banking” was “no Ludo’, the powerful-but-evil cabal, who benefits directly and thrive on foreign currency exchange in the country, had opposed the Central Bank of Nigeria (CBN) governor. And, because government of the day didn’t have enough political spine, it capitulated by allowing the Bureau de Change to have its way;  and gave it legal backing as Black Market.

Well, the effects of this public maladministration on associational life of the average Nigerians, political pragmatism and the issue of succession are better imagined than experienced. This is because people see politics only as a certificate to some luxuries and privileges and are desperate to be in government, not necessarily because they have a clue as to what to do or how to run a government, but because that is the only area where ‘survival-without-stress’, making big money and indiscriminate use of state power are assured. That is why people are no longer committed to party ideologies and manifestos.

If Joseph could suggest and successfully implement a policy that effectively addressed the “seven years of famine” in Egypt (Genesis 41 & 42), then, it is pure illusion to measure successes of policies in a bottomless pit. For a serious government, it does not speak to good judgment to encourage endless policies when the people do not feel the track of such plans and actions. It is merely a way of saying that government appears to be busy, doing nothing! As Ghana has now shown that you don’t solve a problem by creating another problem, the founding fathers of Nigeria’s political landscape will no doubt be rolling in their graves, seeing what Nigerians have made of politics.

All said, it’s time government woke up to its responsibilities by annexing the innate capacities that are bounded in the people’s differing sympathies. Otherwise, the just concluded Kogi and Bayelsa governorship elections might have signposted how fast 2023 can take us back to the past. There and then, welcome ‘Gunshot Democracy’!  Interestingly, in a violent electoral process, it is the gun and the mastery of its use, not humans or the lobby for votes, that serves as the winning streak. But, in a very real sense, lives and times of Ibrahim Babangida and Sani Abacha have shown that that, too, has an expiry date!

May the Lamb of God, who takes away the sin of the world, grant us peace in Nigeria!

Komolafe writes in from Ijebu-Jesa, State of Osun.

TWITTER @thecableng
Copyright 2020 TheCable. All rights reserved. This material, and other digital content on this website, may not be reproduced, published, broadcast, rewritten or redistributed in whole or in part without prior express written permission from TheCable.
Tags
nigeria
Advertisement