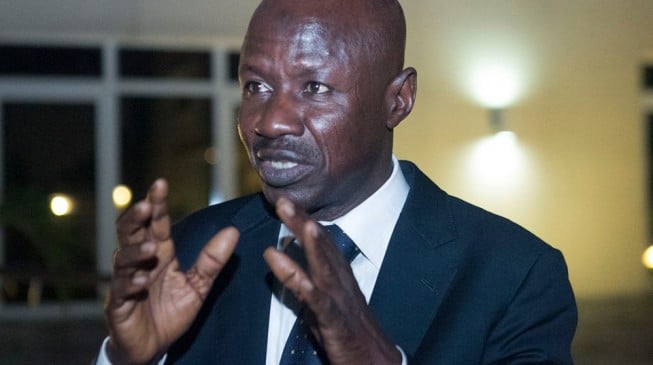 14:06 2017
Print This Article Share it With Friends
👤by Oluseyi Awojulugbe  1 Comment
Advertisement

For the third consecutive year, Nigeria has maintained the 136th spot on the corruption perception index (CPI) of Transparency International.

The organisation released its 2016 report on Thursday, and Nigeria ranked 136 – its highest ever – out of the 176 countries monitored.

The report said Ghana and six other African countries had “significantly declined”.

“Despite being a model for stability in the region, Ghana, together with another six African countries, has significantly declined,” read an analysis on the organisation’s website.

“The rampant corruption in Ghana led citizens to voice their frustrations through the election, resulting in an incumbent president losing for the first time in Ghana’s history.

“Some other large African countries have failed to improve their scores on the index. These include South Africa, Nigeria, Tanzania and Kenya.

“African leaders who come to office on an “anti-corruption ticket” will need to live up to their pledges to deliver corruption-free services to their citizens. They must implement their commitments to the principles of governance, democracy and human rights.

“This includes strengthening the institutions that hold their governments accountable, as well as the electoral systems that allow citizens to either re-elect them or freely choose an alternative.”

Although Nigeria maintained its spot, it scored 28 percent on the index, two percent higher than its score in the previous index.

The current administration says it has recovered millions of naira from past government officials.

TWITTER @thecableng
Copyright 2020 TheCable. All rights reserved. This material, and other digital content on this website, may not be reproduced, published, broadcast, rewritten or redistributed in whole or in part without prior express written permission from TheCable.
Tags
Muhammadu BuhariTransparency International
Advertisement